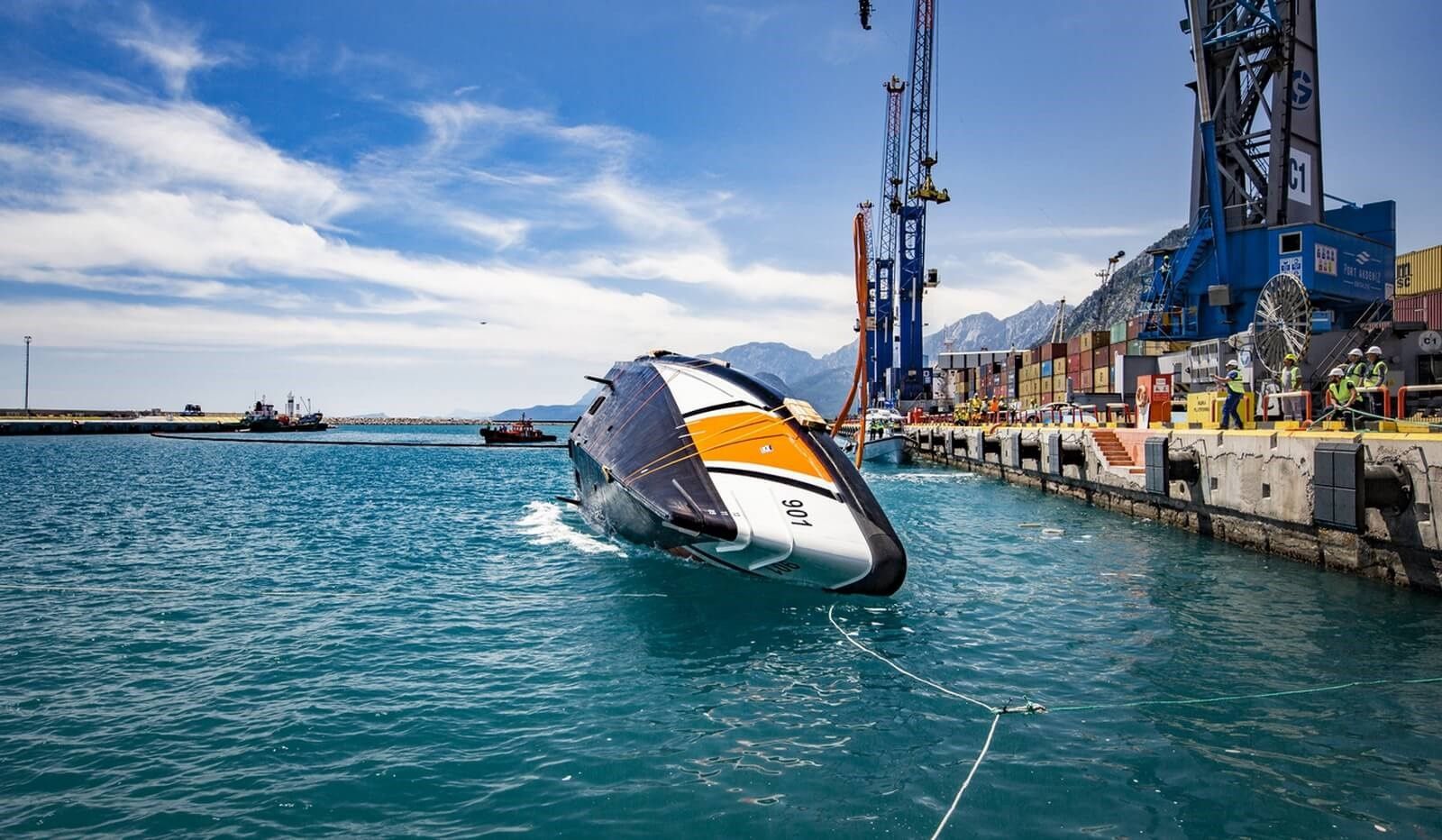 The capsize test is a mandatory trial for lifeboats and search and rescue ships. The roll-over is also a very spectacular maneuver.

Lifeboat technology has come a long way. With modern engineering and high-buoyancy materials it's possible to make life-saving ships that won't go down even if the waves roll the boat.

Here are a few modern vessels that refuse to capsize:

The Safehaven Marine built Interceptor 48 was put to the test with her crew inside.

Another Royal National Lifeboat righting itself.

The Dutch yard Damen has taken the test to another level. It rolled-over the Search and Rescue Vessel 1906 with the engines running. The tests were performed in Antalya, Turkey in cooperation with the Turkish Coast Guard in addition to engine manufacturer MTU.