Nobody likes to damage an expensive yacht. But sometimes, bad luck strikes and a nice experience on water can turn into a nightmare.

2015 was a rich year in yacht disasters. We take a look at a few of these unfortunate events.

1. M/Y Aloha sinks off the Greek island of Mykonos In August 2015, news about emerged about a superyacht sinking off the Greek island of Mykonos. The clear blue waters near the island gave an unusually clear image of the sinking yacht. The vessel was a Custom Line Navetta 33 delivered in 2009 to an American owner. The yacht hit a reef between the resorts of Platis Gialos and Psarrou and sunk. Four guests were on board but they escaped unharmed. Mykonos is a favourite playground for billionaires and celebrities.

The yacht had a market value of approximately $6 million. 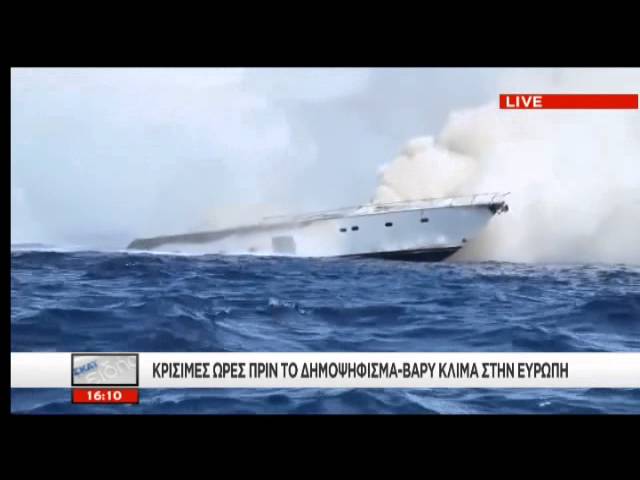 Another yacht disaster took place in July 2015, off the port of Piraeus, Greece. The 25m named Ocean 5 suffered multiple explosions which resulted in a fire. Despite the efforts of the authorities, the yacht eventually sunk.

At the time of the incident, ten guests were on board, bu they managed to escape to safety. Several small boats and RIBs, sailing yacht Calypso and a Greek Marine Forces firefighting vessel responded to help the crew of Ocean 5. The famous yacht Notorious built by Dutch yard Feadship in 1953 was destroyed by fire. The motor yacht was being hauled for major repairs when the blaze occurred in Huntsville, Alabama. The classic Feadship Notorious was used by Charlton Heston during the filming of Planet of the Apes. Other famous owners of M/Y Notorious were Randolph Hearst and President Gerald Ford. M/Y Angra, the superyacht owned by Napoli football club owner Aurelio De Laurentiis caught fire in Italy. The story caught the attention of the news outlets in 2015 when a video of the yacht on fire was shot by former Italy captain and Napoli FC player Fabio Cannavaro. He posted the footage on Instagram without realising that it was De Laurentiis's yacht.

The images of the fire are even more impressive, with the iconic Maltese Falcon vessel in the foreground. 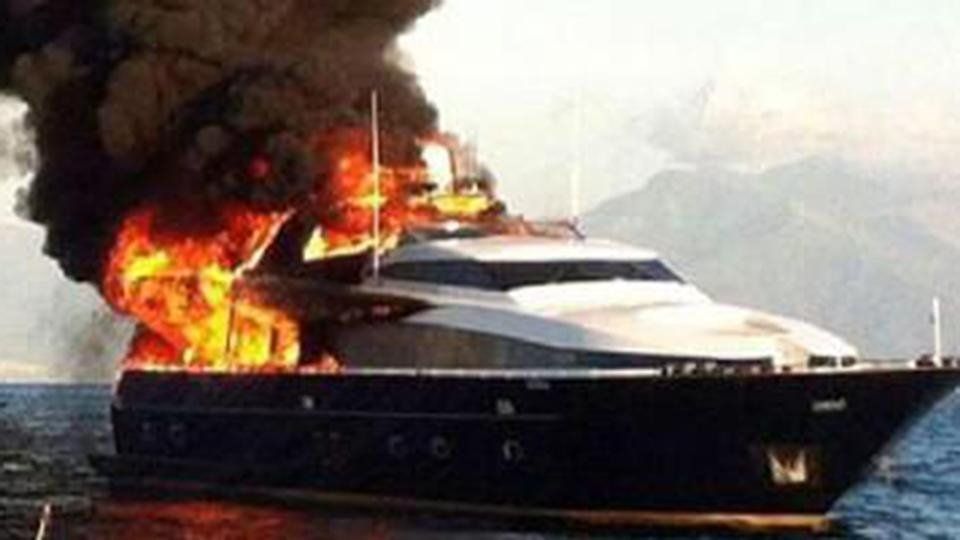 Angra was 31m superyacht built in wood by Tigullio. It featured a mahogany hull, marine ply superstructure, and teak decking. The fire occurred off the port of Naples, Italy. The sinking of a Sunseeker yacht of the coast of Ibiza in September 2015 made the news after she hit a submerged reef.

Footage of the yacht at the bottom of the sea was captured by a diver, but it was removed from YouTube and resurfaced later. The yacht was a Sunseeker Manhattan 50 chartered from a local agency with two guests on board, who got off unhurt. 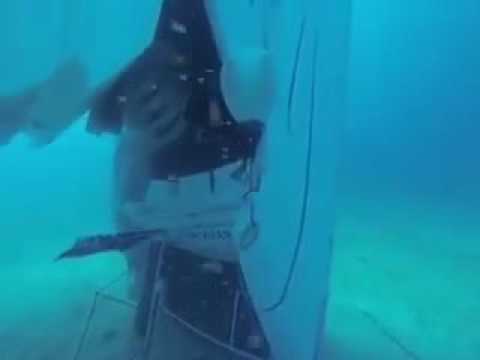 The vessel was successfully refloated and returned to port without any diesel or oil contamination.