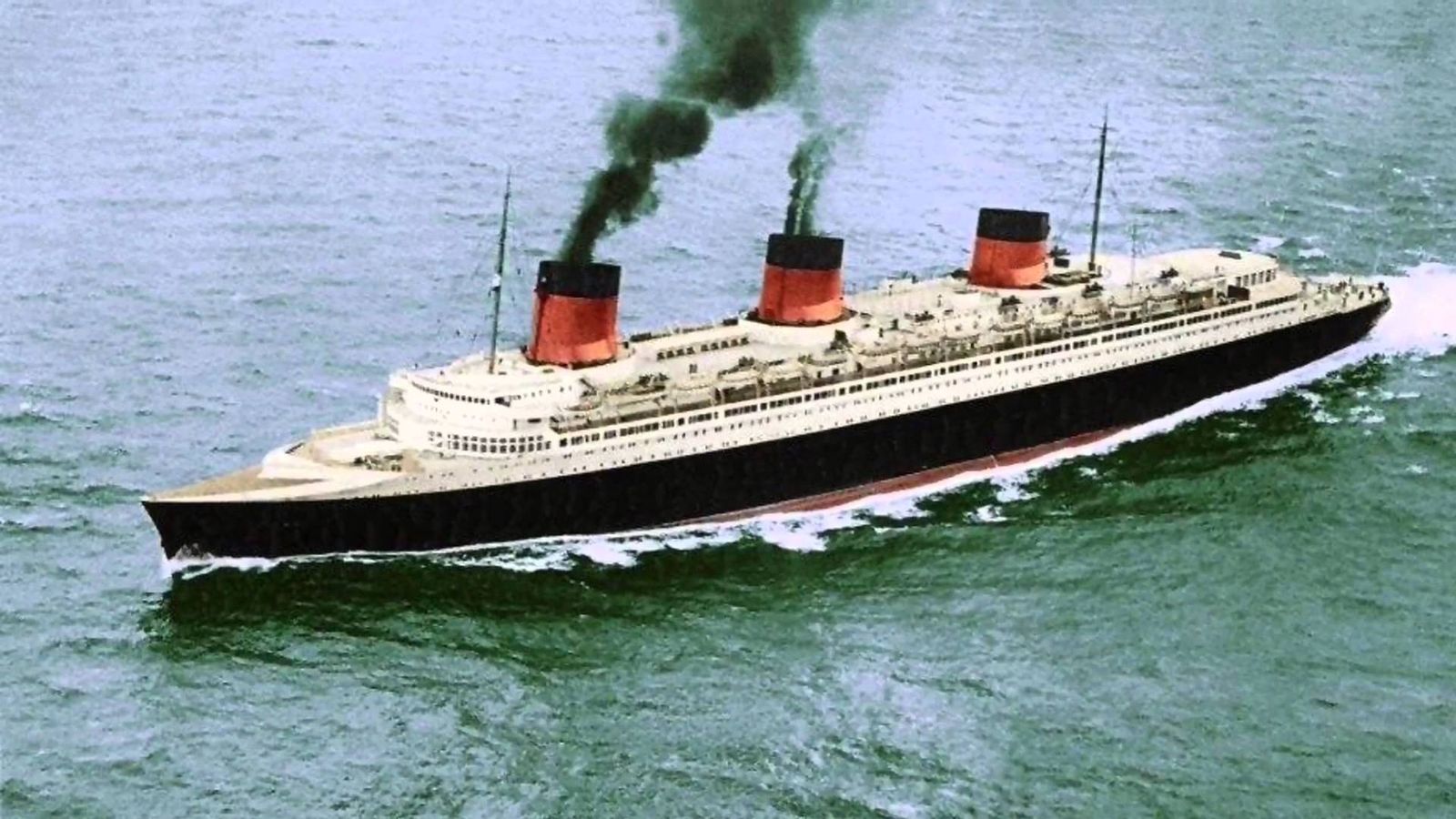 The sad story of the most famous French ocean liner

SS Normandie was one of the most beautiful ocean liners ever built. The great ship took form at the Saint-Nazaire shipyard, being commissioned by the Compagnie Générale Transatlantique. The keel was laid down in 1931, while the launch took place a year later in 1932. The outfitting took until early 1935. In May 1935, the ship was ready for sea trials.

The hull design was the work of Vladimir Yourkevitch, and she was superior to any other ship. Normandie reached a top speed of 32 knots during sea trials and performed an emergency stop in 1,700 meters.

An interesting detail is the third funnel, which in fact was a dummy. It concealed some machinery, and it was integrated into the design to balance the overall appearance of the ship.

The building of the ship took place just after the stock market crash of 1929. It's the same period in which Cunard suspended the work on the Queen Mary.

When finished, SS Normandie was a very modern ship for the 1930s. She used a turbo-electric transmission with turbo-generators and electric propulsion motors built by Alstom of Belfort. This solution permitted the use of full power in reverse, and the system was easier to upkeep.

Normandie set sail on her maiden voyage on May 29th, 1935. She set off from Le Havre, France and reached New York four days, three hours and 14 minutes later. It was a record crossing, and she conquered the Blue Riband from the Italian liner, Rex. It was the first time when a French ship won the distinction.

Normandie could carry 1,972 passengers in three classes and needed a crew of 1,345 people.

Inside, Normandie was luxurious. The interiors were designed in Art Deco and Streamline Moderne style and were filled with grand perspectives, spectacular entryways, and long, wide staircases.

The first-class dining room was one of the largest spaces afloat. The hall was 93m in length, longer than the Hall of Mirrors at Versailles, 14m wide and 8.5m high. The room could seat 700 guests at 157 tables. On board Normandie, the first-class passengers could serve the finest and most sophisticated French cuisine. The dining room was illuminated by 12 tall pillars of Lalique glass. Therefore, Normandie earned the nickname The Ship of Light.

Head below for a French color video documentary filmed on board the Normandie:

Normandie had clocked 139 crossings of the Atlantic before the Second World War started. The war found Normandie docked in the New York harbor. Hostilities in Europe forced Normandie to seek haven in the USA. The American authorities interned the ship on September 3rd, 1939. Soon, the Queen Mary refitted as a troop carrier docked nearby. Also, Queen Elizabeth joined the two iconic liners. For two weeks the three largest liners in the world were docked side by side.

Normandie was still manned by her French crew when she was taken into custody by the US Coast Guard when France was occupied in June 1940. A week after Pearl Harbour, she was taken over by the US Maritime Commission under the right of angary, a rule which gives a belligerent nation the right to seize property in times of war. In December 1941, President Franklin D. Roosevelt approved the transfer of the ship to the US Navy. The plan was to convert the ship into a troop carrier. The Navy renamed it the USS Lafayette. The ship remained moored at dock 88 in New York for the conversion.

But, she will never sail again. During the conversion, on February 9th, 1942, sparks from a welding torch used by a man named Clement Derrick ignited a stack of life vests. The woodwork had not yet been removed, so the fire spread quickly. Normandie used to have a very efficient fire protection system. Unfortunately it was disabled during the conversion. Also, the New York fire department's hoses did not fit into the ship French inlets.

The fire grew in intensity helped by a strong wind. The firefighters poured water on the blaze and ship started to list dangerously to the port side. It is estimated that 6.000 tons of water were poured on the blaze. The ship capsized in the morning (2:45 AM), nearly crushing a fire boat and coming to rest on her port side.

A very expensive salvage operation started in 1943. The ship was stripped of the superstructure and righted. Plans were made for converting the ship to an aircraft and transport ferry. She was placed in drydock, but the extensive damage to the hull and the rising costs erased any plans for salvage.

She was cut for scrap beginning in 1946 and was completely scrapped by December 1948. A truly sad end for the majestic French ocean liner.