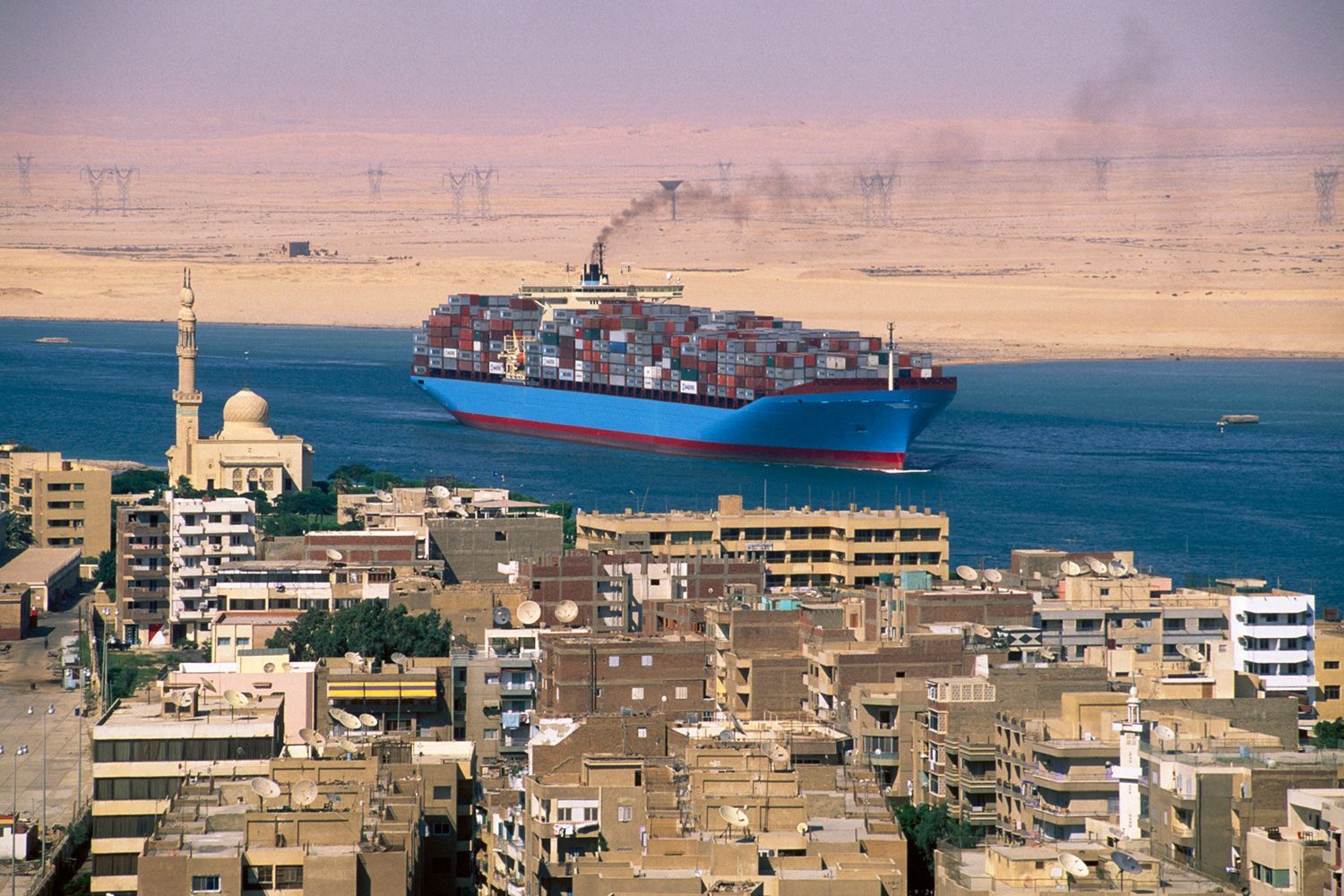 To shorten shipping lanes, cargo ships take shortcuts. These are canals that significantly cut the journey time. Two of the most important canals for the international shipping lanes are Panama and Suez.

The Panama Canal provides a direct link between the Atlantic and the Pacific ocean. The 77 km artificial waterway cuts across the Isthmus of Panama. There are locks at each end to lift ships up to Gatun Lake, an artificial lake created to reduce the excavation work required for the canal.

The work on the canal started in 1881. In 1904, the United States took over the project, and opened the canal in 1914. In 1999 the canal was taken over by the Panama government and it's now managed by the Panama Canal Authority.

Take a look at the clip below:

The 193 km canal that connects the Red Sea with the Mediterranean Sea helps to reduce the journey of cargo ships from the Indian Ocean to Atlantic with 7,000 km. The alternative is to take the southern route around the Cape of Good Hope, the most southern point of the African continent.

The Suez canal was constructed between 1859 and 1869. It's a sea level canal, no locks required. In 2014 was enlarged and a side channel was opened in 2016. This has taken the crossing capacity to 97 ships a day. The northern point of the canal is Port Said in Egypt, while the southern entry is Port Tewfik at the city of Suez.

Watch a time-lapsed crossing of the Suez canal below:

This smaller channel is located in Greece. It's almost no shipping significance due to the width of only 21 meters. The channel links the Gulf of Corinth with the Saronic Gulf in the Aegean Sea. It's built at sea level with no locks. The crossing is 6.4 km in length. The building of the canal started in 1881 and was completed in 1893.

Still, is one of the most impressive crossings that you can take. The views are breathtaking. Head below for a video crossing of the Corinth Canal: