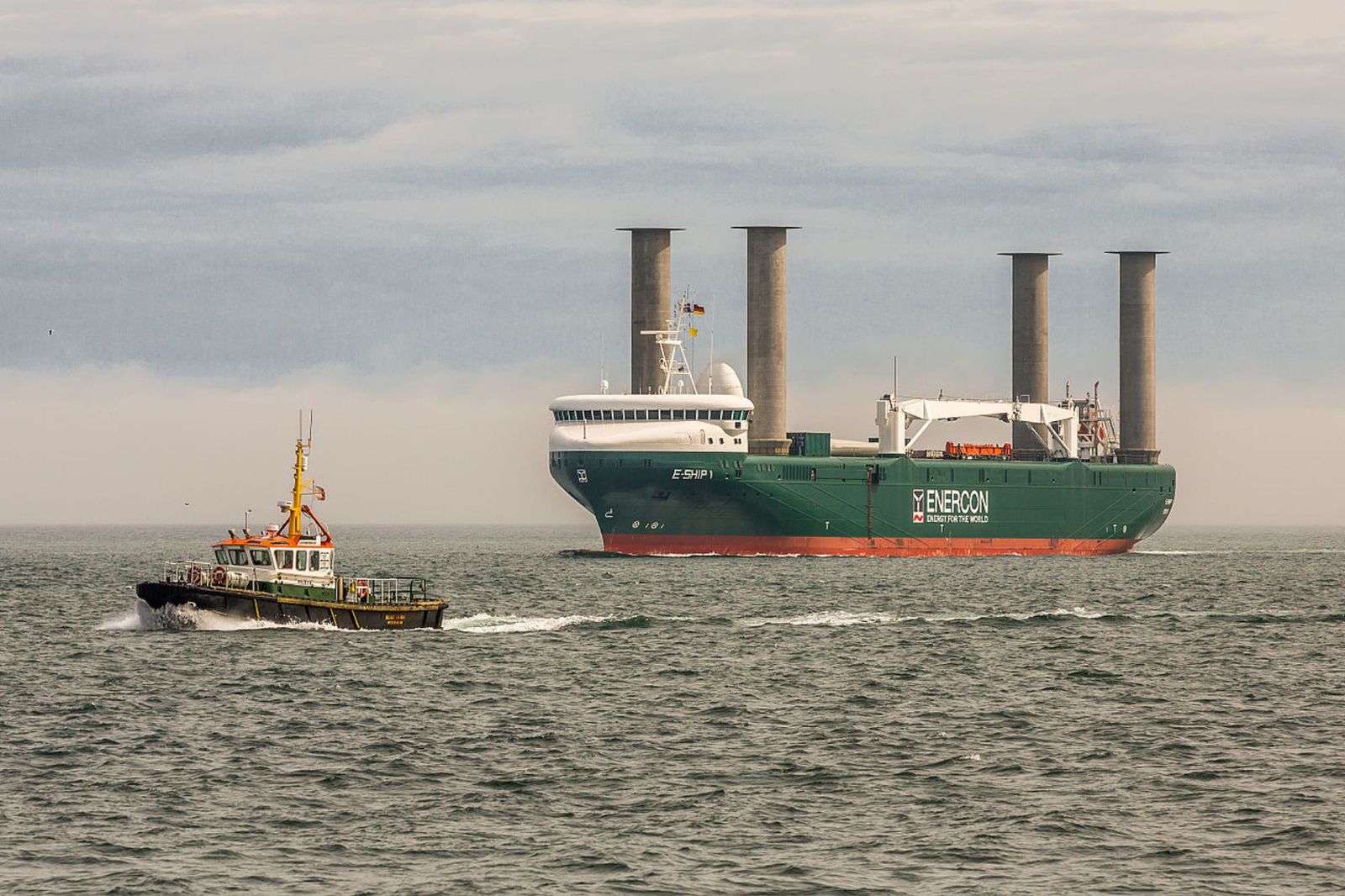 These are some weird looking ships

Rotor ships were first imagined in the 1920's. The system uses one or more Flettner rotors, a spinning cylinder that uses the Magnus effect to harness wind power and propel the ship.

The rotor sail was invented by German engineer Anton Flettner and he used this technology for the first time on the Buckau ship in 1924.

The Buckau was a refitted schooner that had two 15m high rotors instead of the classical masts. The cylinders were driven by an electric propulsion system of 50hp.

Another larger ship, the Barbara, was built in 1926 and used three rotors. After some voyages, the system was deemed uneconomical and it never went mainstream.

Through the years, there were more experiments with the Flettner rotors fitted on different size ships and yachts, but only in recent years this technology made a timid comeback.

Today, a few companies are looking again into the advantages of the rotor ships. The most famous active ship is E-Ship 1, a transport ship belonging to Enercon. Enercon is one of the world's leading companies in the wind energy sector from Germany. The ship uses conventional diesel power but she is assisted by four Flettner rotors to harness wind energy and to cut down fuel costs and reduce emissions. Enercon uses the ship to haul wind turbines parts.

E-Ship 1 uses four 25m high, 4m in diameter, vertical sailing rotors. The ship was built by the Lindenau GmgH shipyards in Kiel, Germany. It was launched in 2008. The sailing rotors used by E-Ship 1 will cut fuel costs by 30%.

The principle of the rotor sail is: a spinning cylinder in a moving airstream creates a lateral force perpendicular to the direction of the airstream which, when used on ships, propels the ship to move forward.

E-Ship 1 has a length of 130m and has a top speed of 17.5 knots. Besides the rotor sail, E-Ship 1 uses two diesel engines that deliver a total power of 3.5 MW. The exhaust gas boilers are connected to a downstream steam turbine, which in turn drives the Flettner rotors.

Below you can see E-Ship 1 sailing in a beautiful drone-captured video by Martin McKenna.