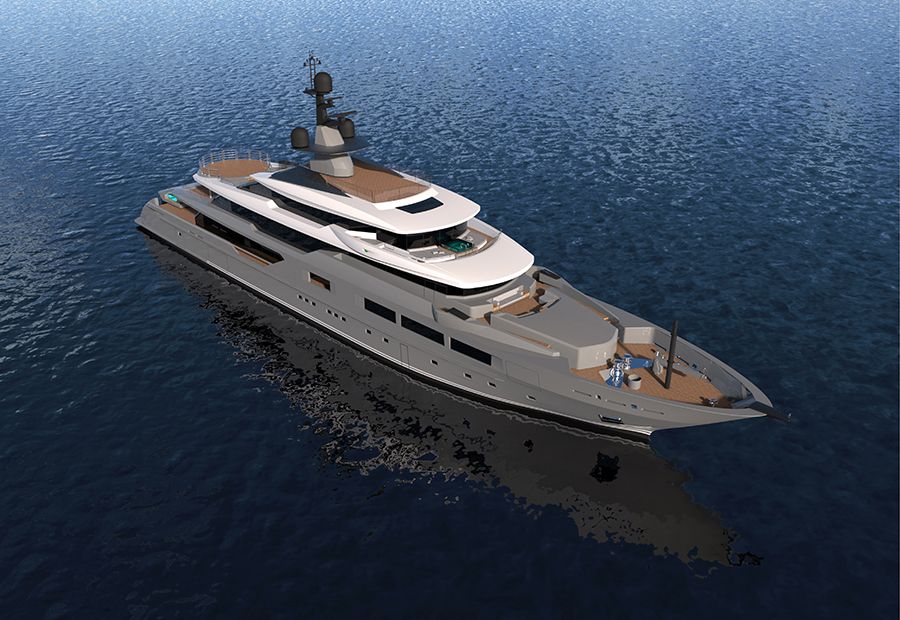 She is named M/Y Solo

Construction work on the new 72m S701, designed by Francesco Paszkowski and now christened Solo, is approaching completion at the Tankoa shipyard in Genoa.

On schedule for her late July launch, Solo, will make her international debut at the 2018 Monaco Yacht Show.

Although reminiscent of the 69m Suerte (S693), Solo is 3 m longer with a larger volume at 1,600 + GRT. Other key differences include underwater exhausts allowing for a substantial gain of volume on all decks and a larger winter garden; larger aft deck with 6m transversal pool, glass bulwarks sections for unobstructed sea views; and a wide body upper deck allowing for an oversized panoramic salon. The longer waterline also provides for a higher top speed in excess of 17.5 knots.

Solo has accommodations for 12 guests in six cabins, including the master suite on the private owner's deck, a VIP suite, two doubles and two twins. The hair dressing/massage room and the owner’s study can also be converted in additional cabins as they are both equipped with a full bathroom. The VIP and guest cabins are all on the main deck.

The beach club is a spacious and welcoming space with sofa, bar, TV, oversized glass walled gym with fold-out terrace, bathroom, sauna (also fitted with its own fold-out terrace) and hammam.

The upper deck houses the wheelhouse with radio room, captain’s cabin, and a hair dressing/massage room that can be converted in an extra cabin. The aft section features an enormous observation lounge/salon with floor-to-ceiling windows, 90” 4K QLED TV screen, baby grand piano, bar and fireplace.