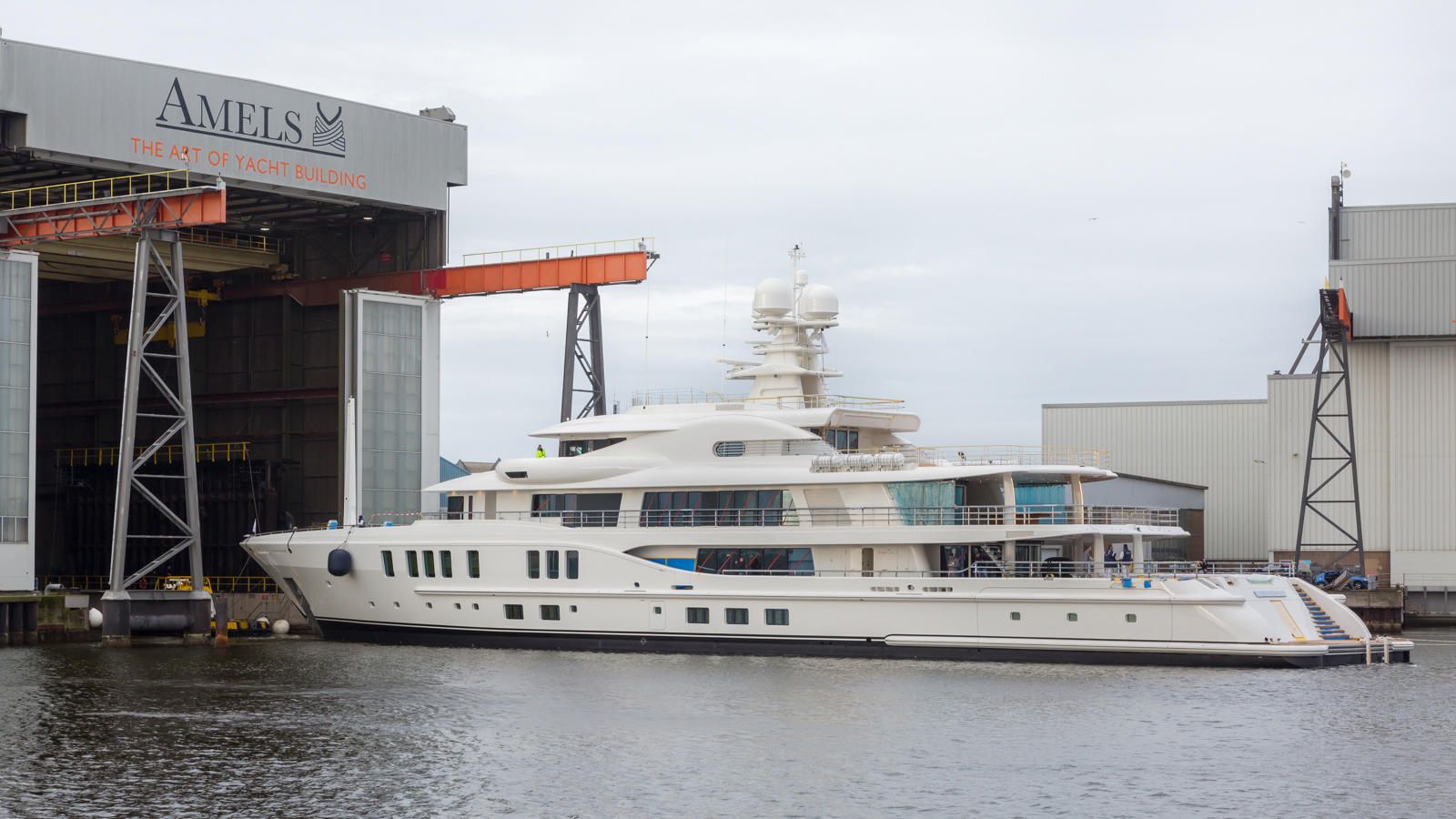 The second hull in the Amels Limited Edition 242 superyacht was taken out of the Vlissingen yard.

The 74m superyacht has a steel hull and aluminium superstructure. She is currently known as Project 7402, and the second 242 Limited Edition yacht after the Plvs Vultra that was sold in September 2015.

Construction is progressing on schedule for delivery before the summer season. Amels announced the sale of the 242 yacht just before the Monaco Yacht Show 2015, with Antoine Larricq of Fraser representing the Owner. The yacht features an exterior design by Tim Heywood and the Owner’s choice of Winch Design for the custom interiors.

There is a swimming pool on the main deck and a superyacht helipad on the bridge deck aft. She will have a range of 5,000 nautical miles while cruising at 12.5 knots.

Twelve guests can be accommodated on board in five double cabins and the owner's suite. Project 7402 will be delivered this summer.