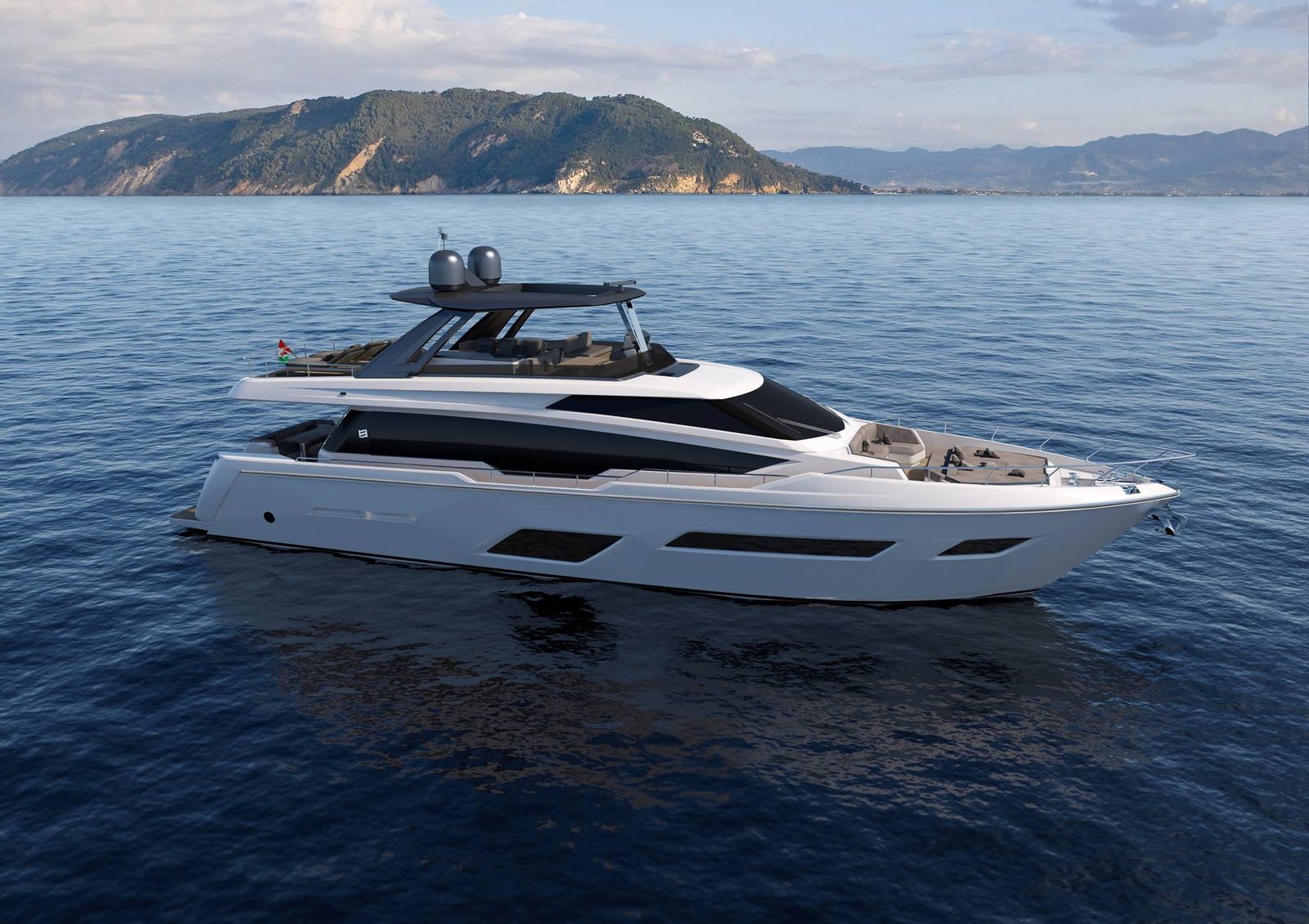 Italian yard Ferretti has revealed the first details about the new 24 m flybridge yacht range. Ferretti 780 will go into production starting in January 2017 for a summer debut.

The new project was presented at FLIBS 2016 and it's the result of a collaboration between Ferretti and Studio Zuccon International. This new range of yachts will slot between the yacht below 70 feet and the larger vessels.

The Ferretti Yachts 780 is the natural heir in the highly appreciated 75 feet category. It features many solutions found on the models launched between 2015 and 2016 (Ferretti Yachts 450, 550, 700 and 850), to which new and important features are added.

Accommodation on the new Ferretti 780 is below deck, including a full-beam master cabin. The guests can make use of two double cabins and a twin cabin. The crew has separate quarters for three people.

Power is provided by two MAN diesel engines, each providing 1,400 hp. Top speed will be 28 knots. Cruising speed is 24 knots. Other engine configuration can provide a 300 hp upgrade and makes 30 knots possible. The yacht can be also fitted with stabilization system.