M/Y Aquarius was launched by Dutch builder Feadship in September 2016.

She was one of the largest yachts present at last year's Monaco Yacht Show. The Dutch-built superyacht is 92m long and has naval architecture by De Voogt Naval Architects and interior and exterior designs created by Sinot Exclusive Yacht Design. Aquarius has contemporary looks with clean, simple lines. The interiors were a secret until now. We can discover the living areas in the new official video released by Feadship. 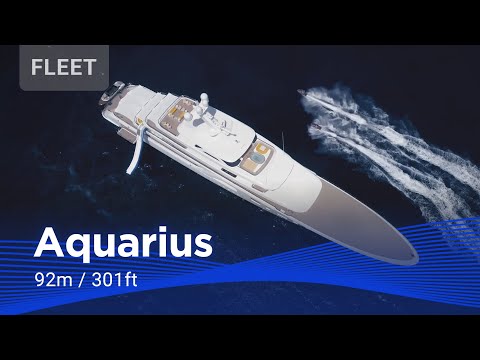 Aquarius was built for an experienced owner. The maiden season of the new yacht was spent in the Caribbean.