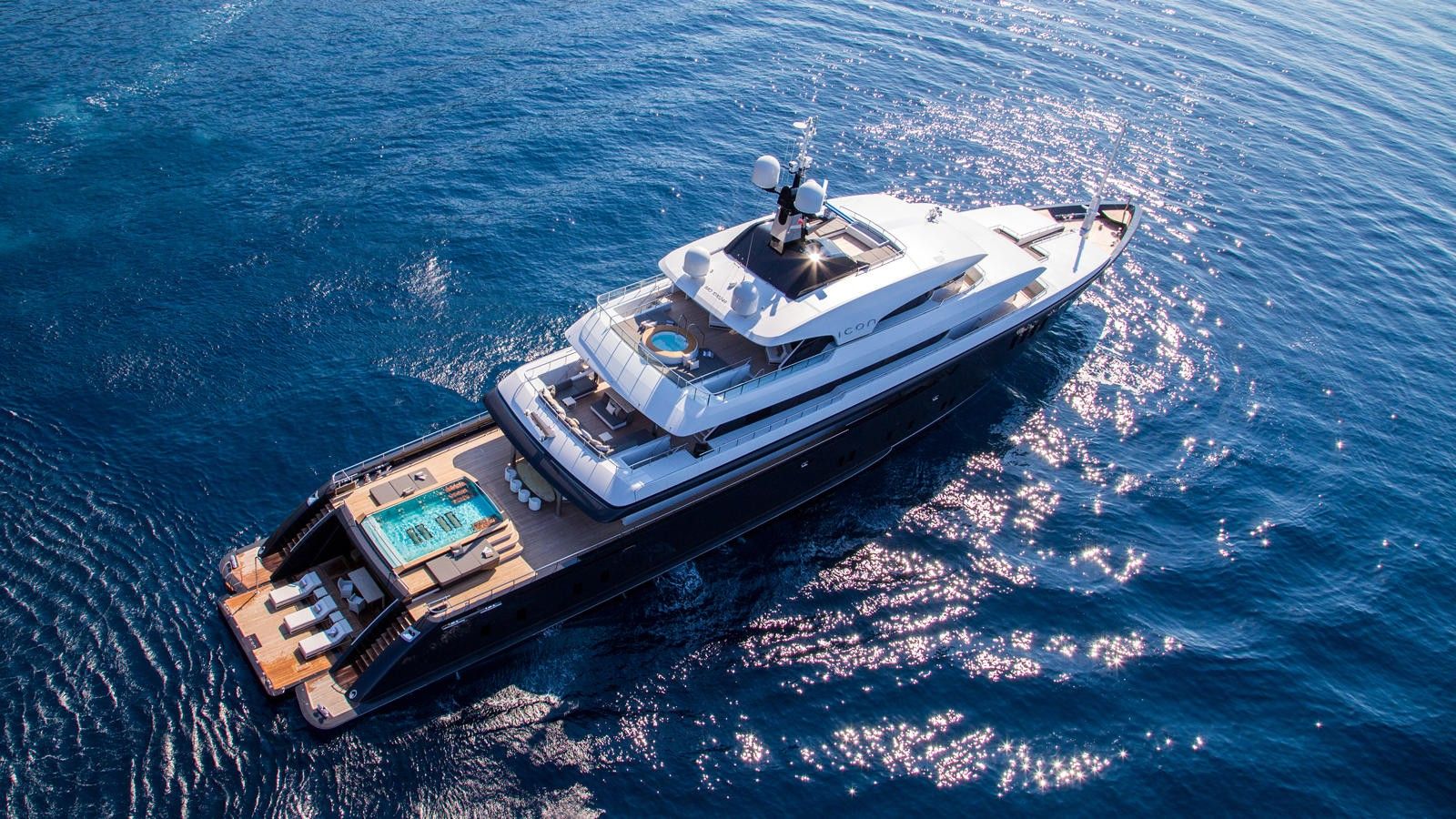 M/Y Icon was the first yacht delivered by Dutch shipyard Icon Yachts, founded in 2005 by Tom Van Dam and Alex Shnaider, a Russian-born entrepreneur. The idea behind Icon Yachts was to build a 62.5 m platform that would allow easy customization and delivery times close to two years. After Icon, the first hull, two more ships were launched: Baton Rouge and Maidelle.

Icon Yachts let go half of its employees between 2010 and 2012. It declared bankruptcy in 2014 in the aftermath of the financial crisis. M/Y Icon was bought by Alexander Mazanov for €45,000,000 according to Boat International. Mazanov later bought Icon Yachts out of bankruptcy and now the yard is up and running once again. It completed a couple of refits and has a reportedly 80 m+ project in the works.