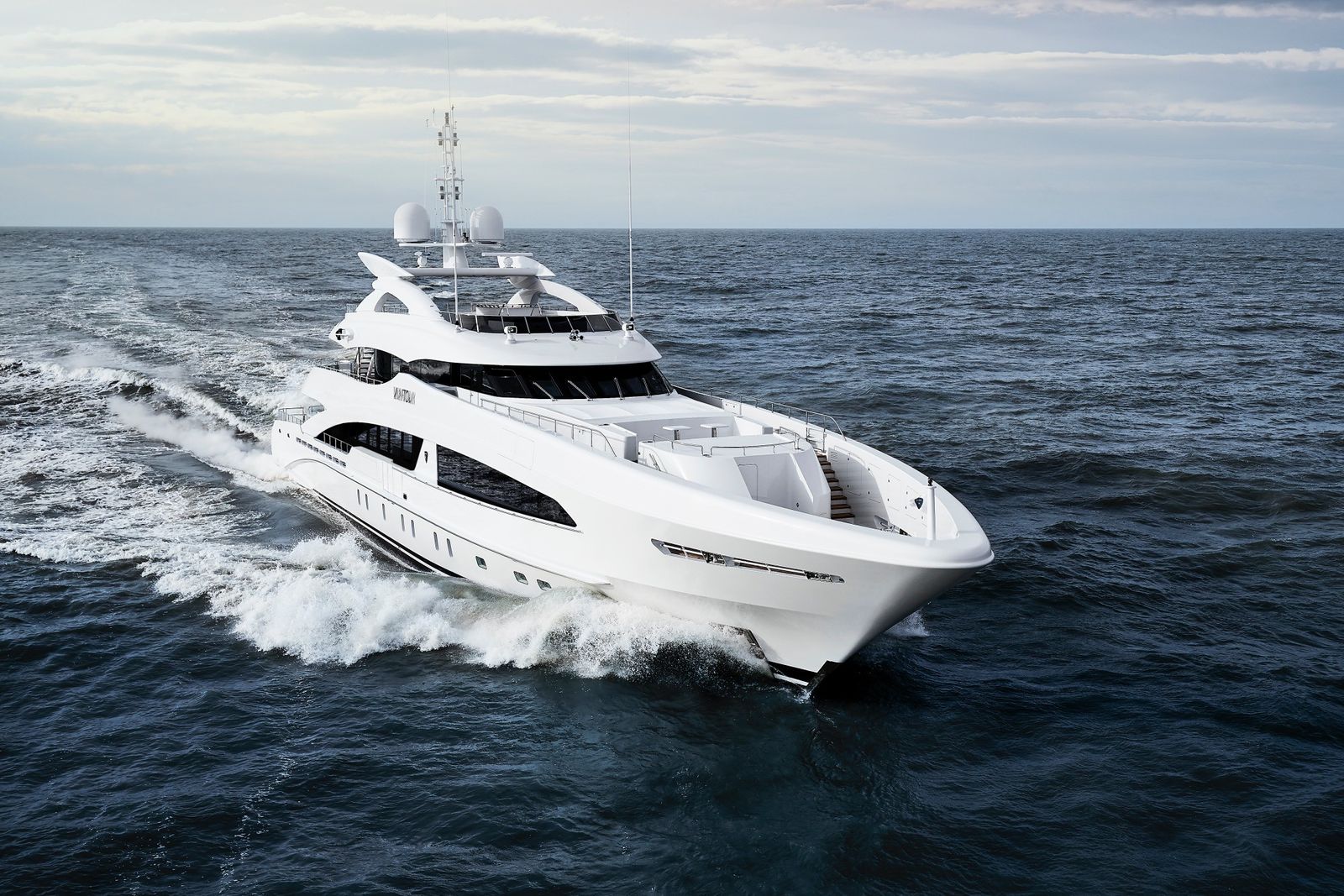 The 50m superyacht VanTom was delivered by the Dutch yard Heesen.

Built under the name Project Alba, the vessel was sold in December 2015. The all-aluminium yacht features exterior styling by Omega Architects.

The delivery took place in international waters on February 14, 2018 after intensive tests in the rough winter waves of the North Sea. The sea trials took place on January 12 and 29 in Beaufort 4 and 6, with North westerly winds and waves up to one metre.

Captain David Burge comments: “During sea trials, the yacht handled extremely well and gave a very smooth ride, even whilst proceeding at a speed of over 20 knots with a sea running. I am most excited about our maiden voyage down to the Mediterranean Sea and very much look forward to the 2018 summer cruising season.”

VanTom exceeded the contractual speed by 0.3 knots, reaching a top speed of 20.3 knots, while at 11 knots she has a transatlantic range of 3,100 nautical miles.