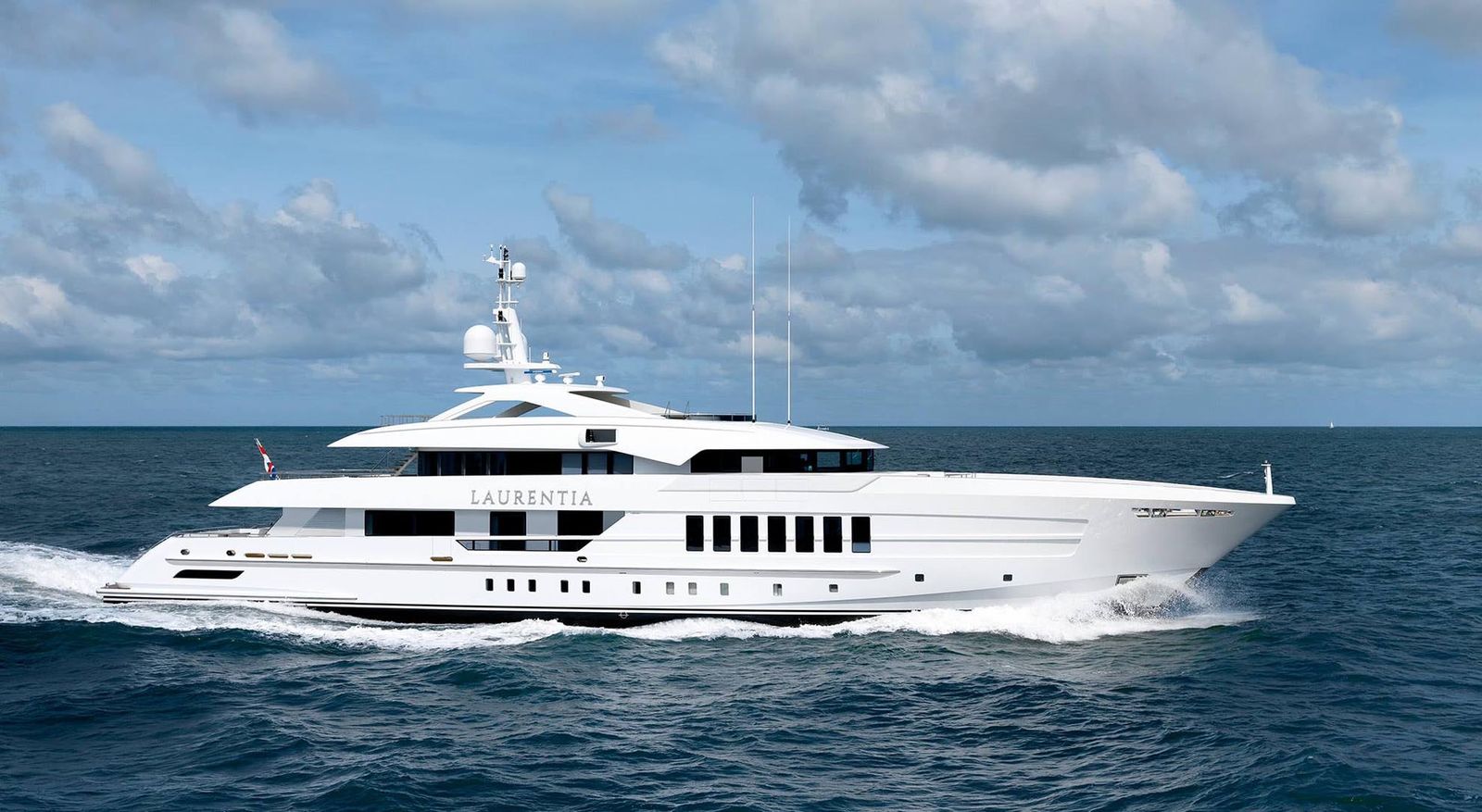 Built from a steel hull, Laurentia features exterior design by Frank Laupman of Omega Architects. She has a notable feature of the exterior styling: the "shark tooth" design detail of the wheelhouse overhang.

During the sea trials, which were held in the North Sea at the beginning of August in moderate sea conditions, Laurentia exceeded her contractual speed and reached a top speed of 16.6 knots. The vessel proved to be highly responsive, accepting steering commands immediately. The use of large rudders in conjunction with a powerful steering unit makes for a very quick reaction, as does the high pitch of the propellers.

Project Alida was built on speculation and sold in March. She can accommodate 12 guests in six staterooms. The master suite is located on the main deck, with the rest of five cabins below decks.

The Owner appointed Ramon Alonso at Radyca, a Miami-based design firm, to create an interior design that promotes luxury, relaxation and entertainment throughout the yacht.

“The objective was to create a clean and simple, yet sophisticated, interior that evokes tranquillity in a relaxed and elegant atmosphere,” comments Alonso.

M/Y Laurentia is powered by two MTU V8 4000 M63 diesel engines. She can cruise at 15 knots, but for a more efficient range, she can reach 4,500 nautical miles while cruising at 13 knots.