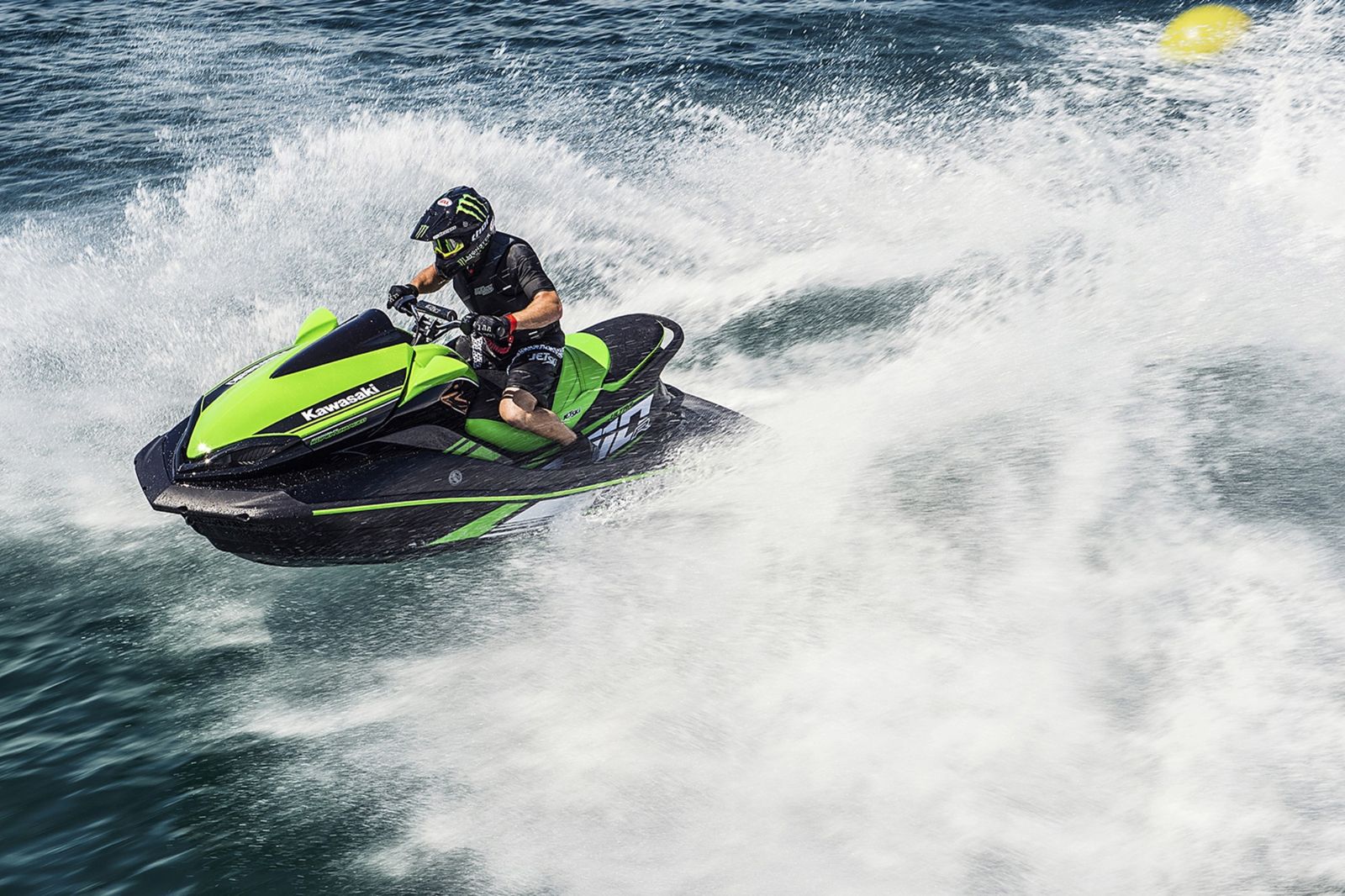 Kawasaki has introduced the new Jet Ski SX-R. It is a four stroke, 1498 cc four cylinder solo stand up craft.

The engine delivers 152 hp thus making this Jet Ski the fastest accelerating mass-produced stand up ever.

As the previous 800cc two­stroke, two cylinder SX­-R gives way to the new era of four stroke stand up, technology moves on. With a newly designed hull, the machine is the first Jet Ski to feature a Kawasaki Splash Deflector (KSD): a lateral strip on the forward section of the hull which reduces water splash, especially at speed and in rough water.

The new Kawasaki SX-R has a top speed of 100 kph and has a few interesting features like the motocross style handlebar, or the forward slant of the deck, making it easier for riders to brace against the SX-R strong acceleration.