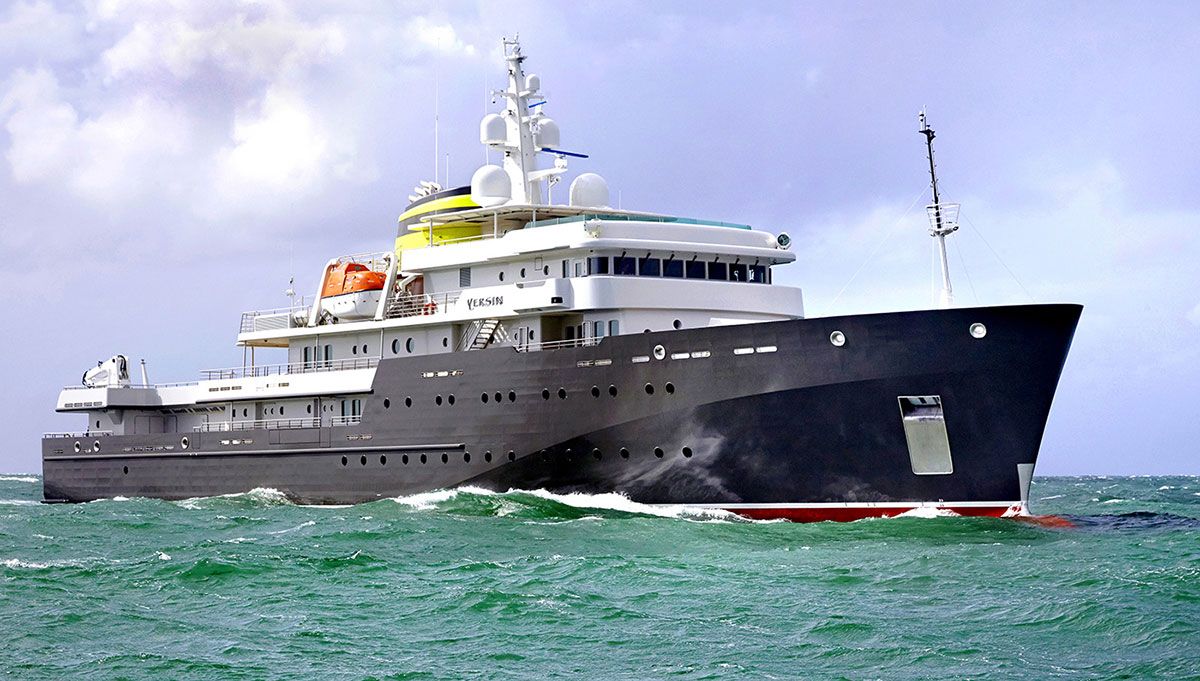 The 76m M/V Yersin was built for scientific research and education, is equipped with six research laboratories, an ROV, a complete diving station and is fully equipped with the latest communications technologies.

The vessel is owned by Francois Fiat, member of the Yacht Club of Monaco.

[Photo:52083] HSH Prince Albert II of Monaco announced the 2017 – 2020 Monaco Explorations Campaign at the United Nations Oceans Conference on June 7th 2017 in New York City. The campaign research platform, the M/V Yersin, departed the Principality of Monaco for the three-year journey on July 27th. Scientific researchers will begin the first of many explorations in the archipelagos of Macaronesia in the Atlantic Ocean (Madeira-Portugal and Cabo Verde) in August. [Photo:52084] "This is a dream that I have had since childhood when I read The Adventures of Tintin. Designing and building the Yersin has been a 10-year project." said François Fiat. "And this is only the beginning of the adventure which I am more than honored to share with Prince Albert II and the Principality of Monaco." [Photo:52086] The ship is capable of traveling the seas for 50 days autonomously, including 10 days without any discharge. The M/V Yersin is a clean ship with a limited impact on the environment making it the ideal scientific research vessel.