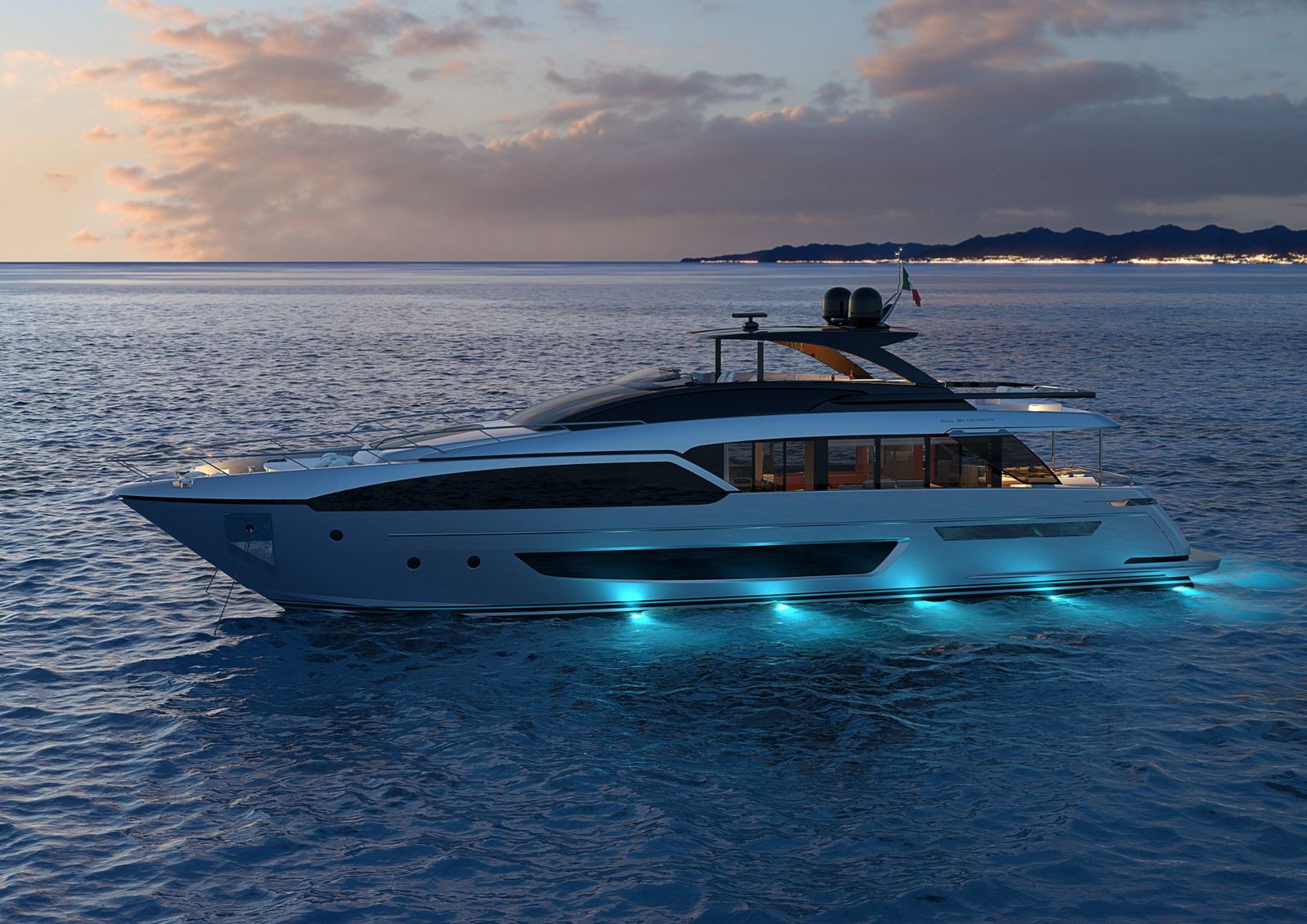 The new model was introduced at last year Fort Lauderdale International Boat Show. The new model is part of the new Riva Flybridge generation and follows the Riva 100 Corsaro and Riva 110 Dolcevita.

The 27m Riva 90 was developed in cooperation with Officina Italiana and includes floor-to-ceiling windows, a concealed stairway and a tender garage that will hold a Williams 365 tender and a jet ski.

Riva 90 will be equipped with underway and zero-speed stabilizing fins as standard and Seakeeper stabilizers as an option.