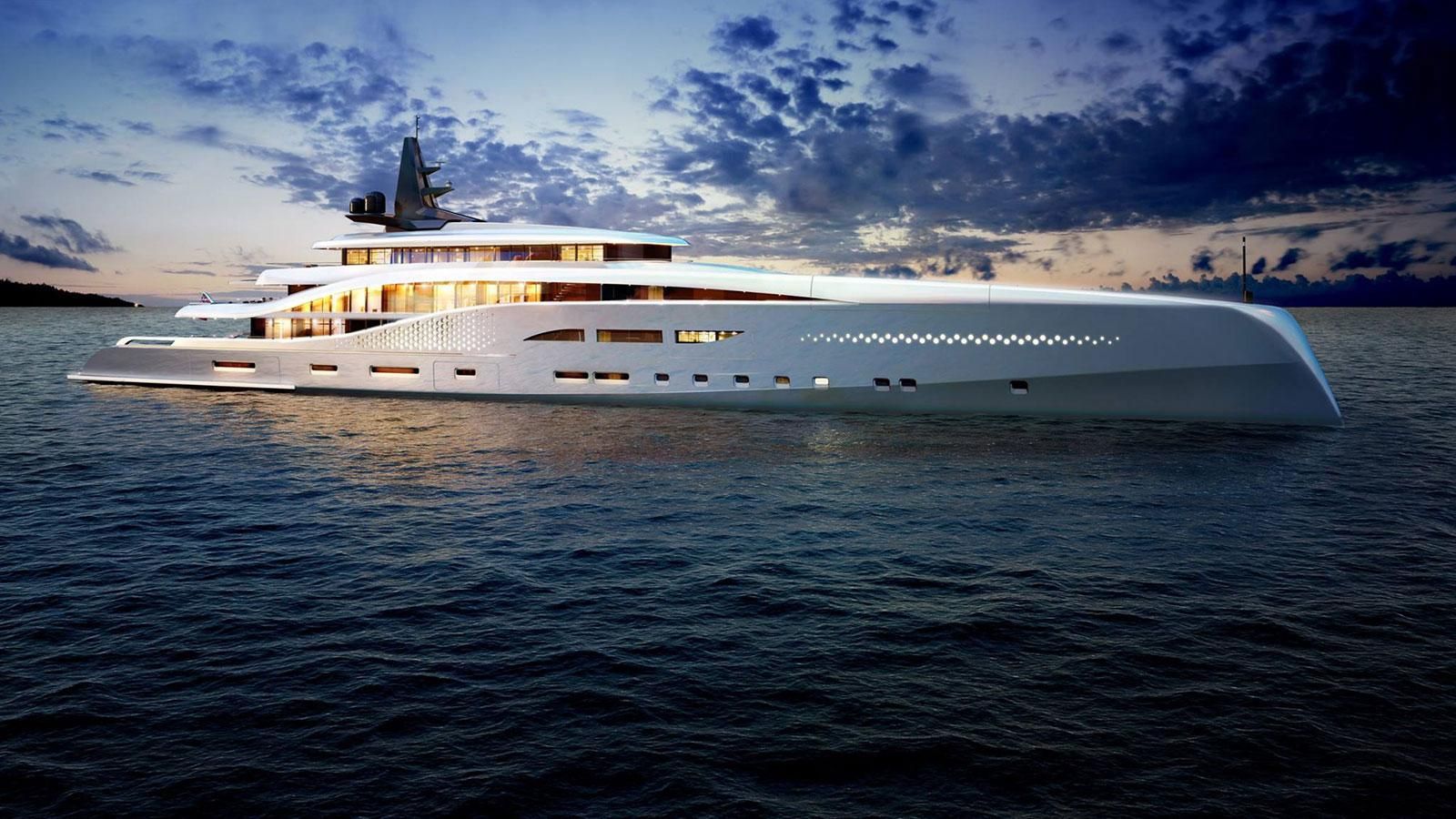 The 107 meter concept yacht has been designed by Ken Freivokh. The Stiletto concept makes good use of the outdoor deck spaces. On the aft terrace, we can find one of the two swimming pools, which is surrounded by dining and bar areas.

The second pool is enclosed on the foredeck and has a waterfall flowing into it. The foredeck also has space for a large entertainment area with a bar and pantry.

Stiletto can accommodate up to 18 guests in six guest cabins and one VIP cabin. The VIP cabin can be converted into two guest cabins. The owner has, of course, his suite with a separate terrace that offers complete privacy.

The central saloon is laid-out on two-storey and features floor-to-ceiling windows and a mezzanine balcony. On the lower deck, there is also a gym fitted with all the necessary toys and large TV screens. One other special feature is the glass lift with skylight and a large spiral staircase wrapped around it.

The Oceanco officials say about Stiletto: "She is a superyacht that transcends all preconceived notions of interior and deck layout."

For propulsion, the concept yacht uses a hybrid propulsion system with two diesel engines and an electric motor that permits silent operation. Maximum speed is 18.5 knots.