The custom yacht was sold last year in May

“The genesis of the 85 GTS began during the Cannes Yachting Festival last year,” explains Matteo Belardinelli, Sales & Communication Manager for Otam. “We were presenting the OTAM 80, which attracted a lot of attention for its performance and the fact that it has a second full-beam master suite amidships. Several clients came to me and expressed interest in a slightly larger version of the yacht, which provided the starting point for our R&D.” 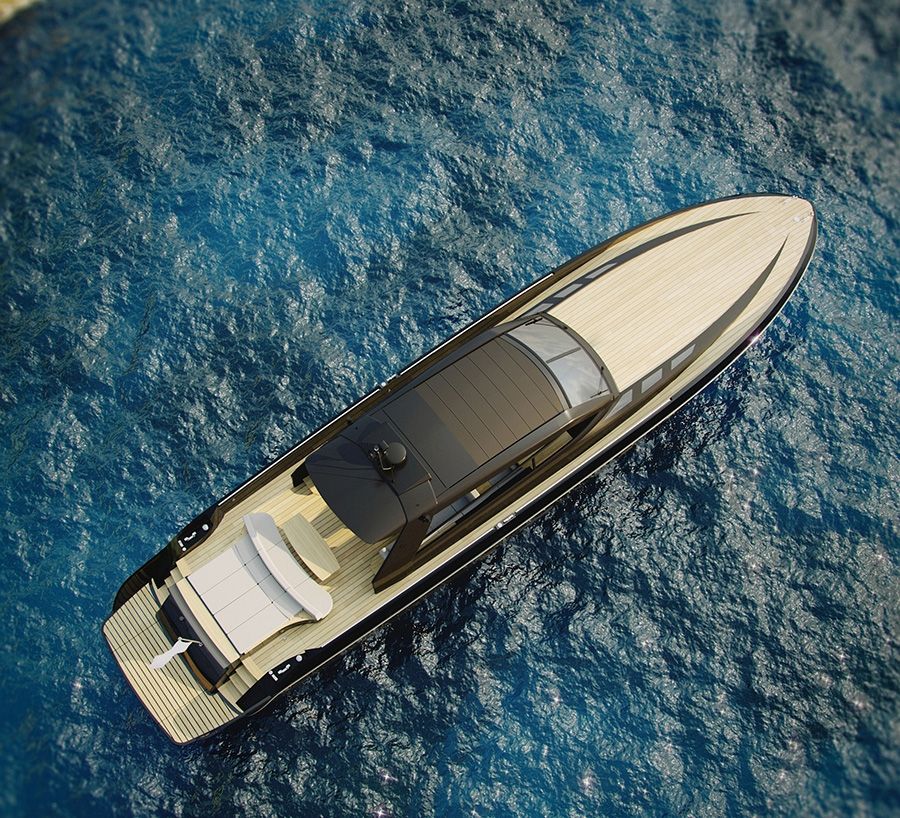 A futuristic and powerful concept with gullwing doors inspired by supercar design emerged from this initial research. OTAM was approached by an interested client, who wanted an equally dynamic but less aggressive profile and requested modifications to the exterior styling. The French architect Joseph Dirand is cooperating with OTAM on the custom-made interior design and exterior detailing.

The result is the first Otam 85 GTS, a one-off, fast cruiser powered by twin MTU 2600-hp engines and Arneson drives for a top speed or 45 knots. The exterior layout offers lounging space both fore and aft for enjoying the sun and sea and an open transom leading down to the swim platform. The semi-open fly deck provides comfy seating and dining facilities with bar and kitchenette. 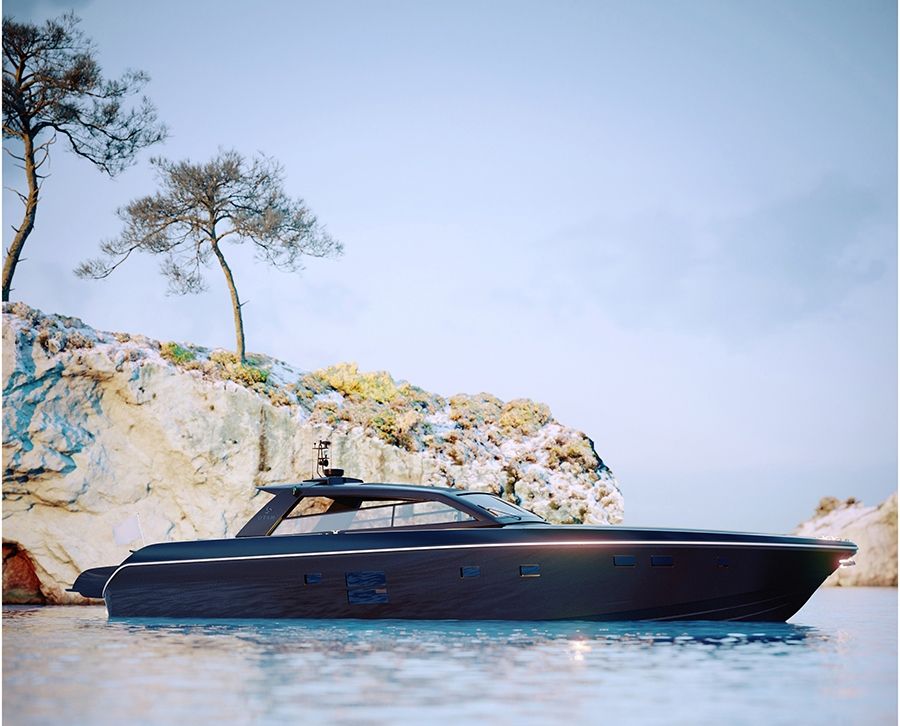 “The experienced owner comes from series production boats and was looking for a yacht that could be tailored to his individual needs and sense of style,” continues Belardinelli. “He came to Otam because he knew that we could work together with his personal designer to fulfil his brief for a one-off design that combined quality construction with custom styling and high performance.”

The lamination of the GRP hull and deck of the Otam 85 GTS is complete and fitting out of the yacht is due to start shortly with delivery to her owner scheduled for June 2019.