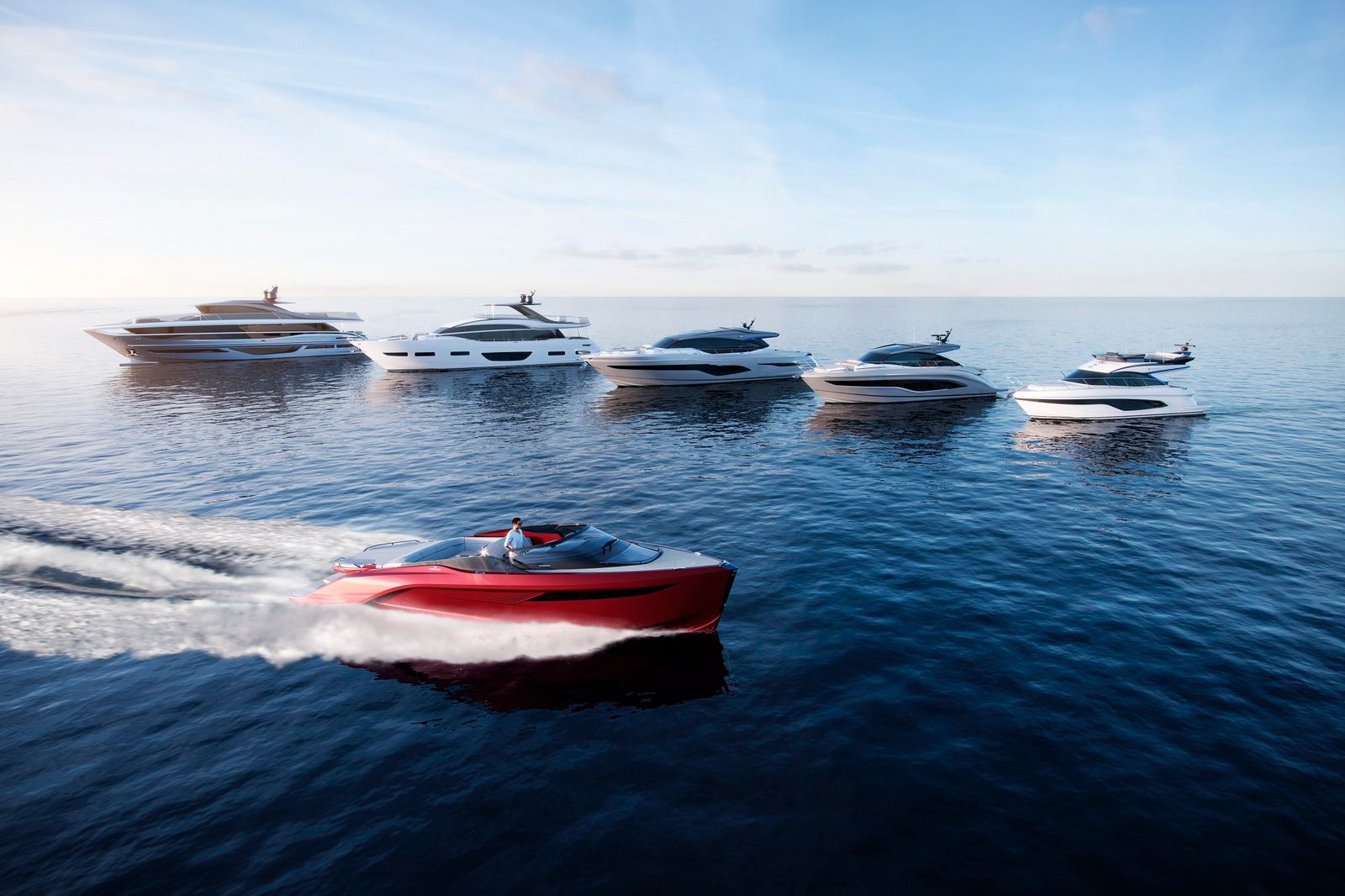 The new Princess R35, the first day-boat built by British yard Princess will be one of the main attractions at Cannes Yachting Festival 2018.

Princess R35 will be revealed for the very first time in Cannes on 11th September. Princess is also continuing its return to V Class open-boating with the global launch of the V60 and further strengthening the flybridge range with the new Princess F70. The all-new S78 and V50 which launched at boot Düsseldorf will make their on-water Cannes debut to complete an impressive nine yacht line-up.

The R35 is the first Princess R Class performance sports yacht. Designed and hand-built in Plymouth, England, it combines performance capabilities, modern design, quality, and race-bred technology to deliver a special on-water experience up to 50 knots.

Princess V60 is the latest addition to the V Class range of yachts. Accommodating six guests in three cabins, the yacht also features an electric sliding sunroof and an expansive cockpit with wetbar, barbecue and coolbox.

Princess F70 is a new addition to the flybridge range of vessels. The 26.6m2 flybridge features a large U-shaped dining area, served by a fully-equipped wetbar with barbecue, aft sunpad and a forward seating area adjacent to the helm that also converts into a sunbed. She can reach a top speed of 36 knots thanks to a couple of MAN V12 1400 hp engines.