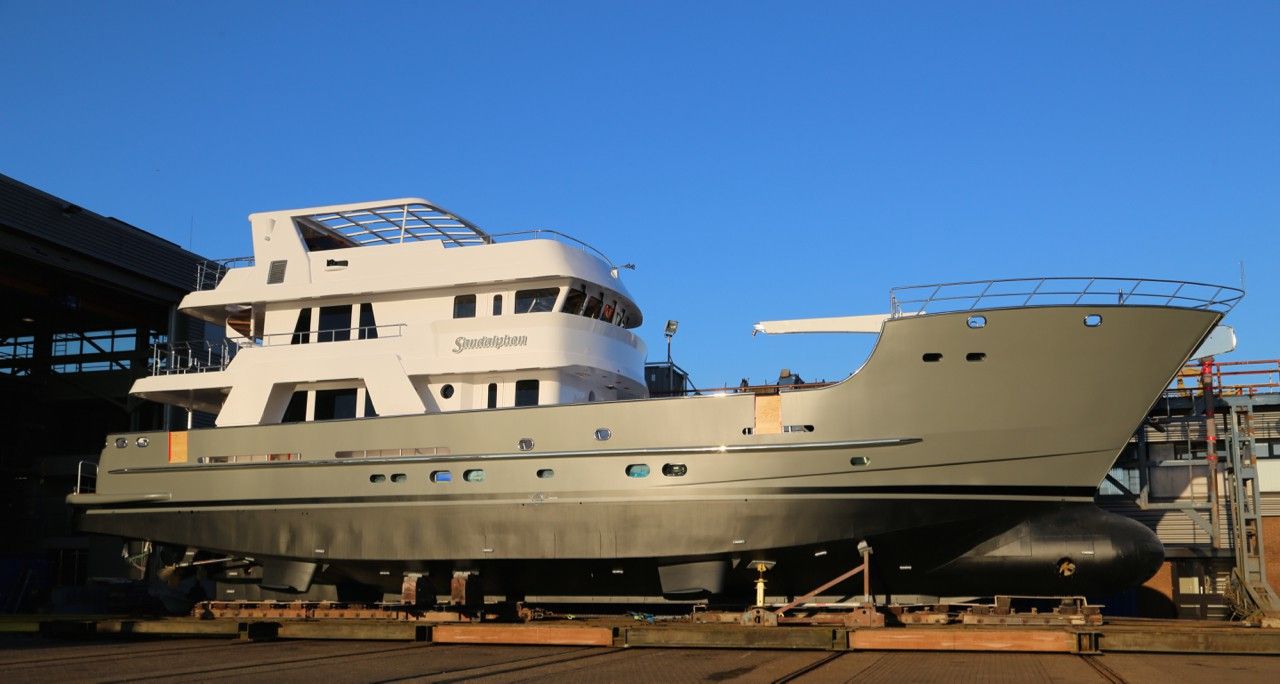 She will be named M/Y Sandalphon

This 31m explorer yacht is a complete rebuild. Project Gisele began life at a Brazilian yard, but her German owner decided to ship her hull over the Atlantic.

The Dutch yard Balk took on the endeavour to completely rebuild this yacht.

"This project has been challenging for my team. Stripping down a yacht to rebuild it again might be a harder job compared to a new build", said Daan Balk, CEO of Balk Shipyard.

The yard worked with Azure Naval Architects and the hull was lengthened by three meters.

Power is provided by two Caterpillar C18 diesel engines, each delivering 440 hp. Top speed will be 12 knots, while cruising speed is 9.5 knots.