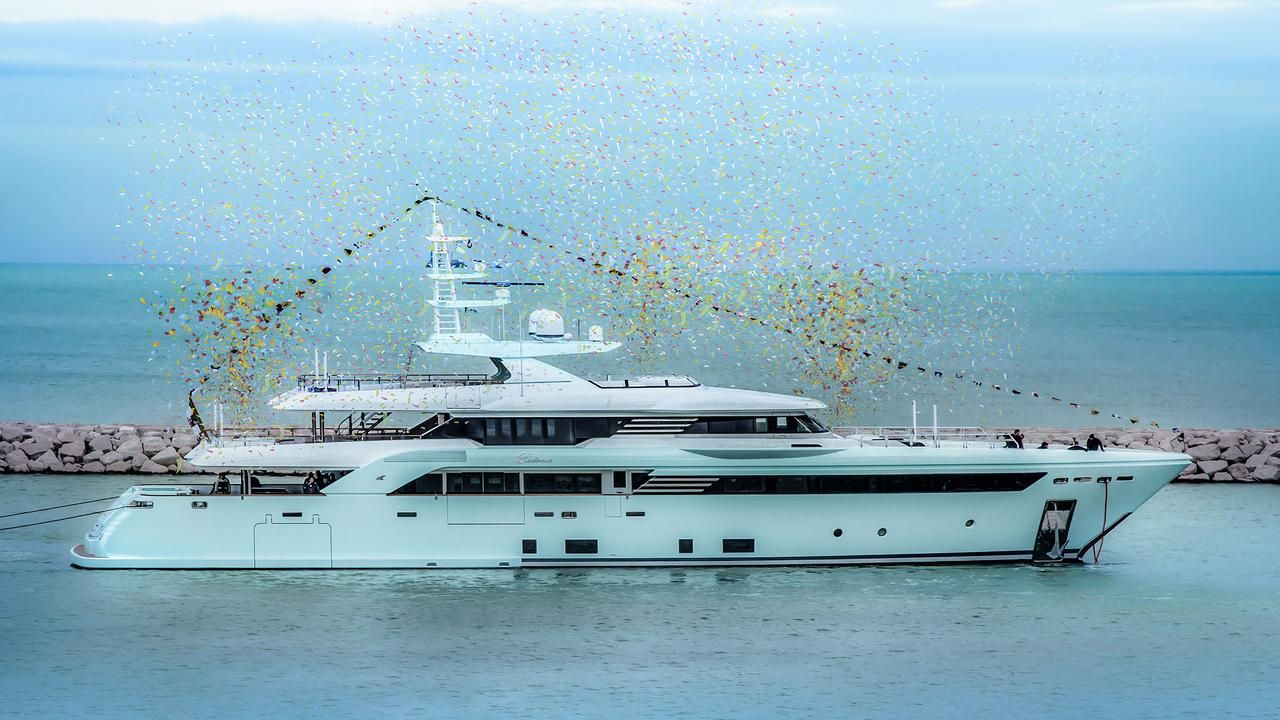 She is named M/Y Latona

Exterior and interior design were developed by the CRN in-house team working in partnership with Zuccon International. The yacht is built from a steel hull and aluminum superstructure. It has a beam of 8.6m and an interior volume of just under 500 GT. It includes features like the beach club and a fold-out balcony.

“Every launch is a reason for great pride for the shipyard,” said CEO Alberto Galassi. “This complex, magnificent, 50m construction realizes the desire of a selective and resolute owner, who has turned to the expertise and the ability of CRN to build his personal project, turning his vision into a magnificent vessel.”

Power is provided by two Caterpillar C32 diesel engines, each delivering 1,600 hp. Top speed is 15 knots, but the best range is reached when cruising at 11 knots.