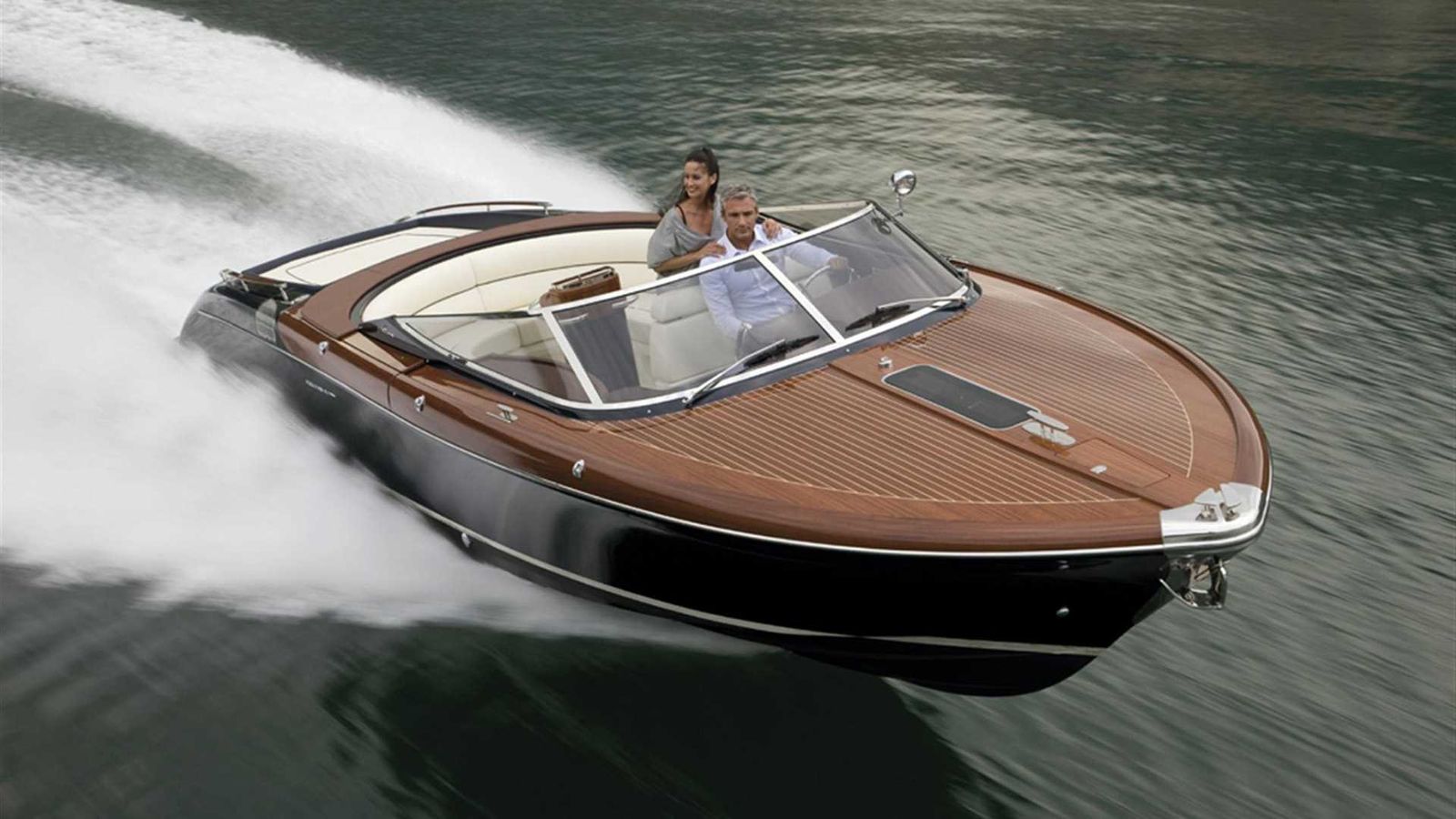 Have you ever been to Venice? Ah, the romance, the gondolas, the Italian taxi boats. Taxi boats? Long, sleek and extremely easy to control. But how about a classic Italian boat inspired by these water taxies? Meet the Riva Aquariva, a must have if you bou

The long, sleek, mahogany clad motoscafi, the Italian word for motorboats, are the real life workhorses in the Venice canals. But what about a more luxurious take on the humble motorboat? In comes the Riva, the now legendary motorboat with icon status. We are talking about the Riva Aquarama, first launched in 1962 and kept in production until 1996. It's the absolute must have in the world of vintage wooden runabouts.

The Aquarama is the product of the Riva boat yard, established 1842 on Lake Iseo, in Sarnico, Italy. A family business kept by the men of the Riva family. From the carpenter Pietro Riva, who built the first boats to Carlo Riva, the man that took the Riva brand to a new height in the 1950's. By now, Riva became a synonym for elegance, status and perfection. The Tritone was the first speedboat that caught the attention, but then, in November 1962, a myth was born: the Aquarama.

It was revealed at the third Milan International Boat Show, and became a symbol of Riva by excellence, a brand within the brand. The name was inspired from the Cinerama system, an American experimental wide screen in the world of cinema. At the launch, the slogan for the Riva Aquarama was: "Sun, sea, joie de vivre!"

It soon became a favorite with the stars of the time: Brigitte Bardot used to own a Riva, also Sean Connery and Sophia Loren were among the clients. Carlo Riva built boats for kings and queens, sportsmen, movie stars and rich people. The famous names just kept piling on: King Hussein of Jordan and his Super Aquarama, the Shah of Persia bought a Riva 2000, Elizabeth Taylor and Richard Burton opted for the Riva Junior. And by the way, George Clooney uses a classic Aquarama to ferry his guests to his Lake Como estate.

The Riva Aquarama epitomized elegant speedboating in the 50's and today it's a must have for vintage boat lovers. A well kept and preserved Aquarama can fetch a very high price. It's still a symbol of elegance and it's constantly used in movies or commercials. You can see one in action in the latest Heineken commercial named The Chase, where Mr. James Bond is chased away by bad guys and he manages to fend off aboard a classic Riva Aquarama. And also gets to take the pretty lady to lunch!

Today Riva is part of the Ferretti Group, one of the most important yacht builders in Italy. Part of the same group are brands like Ferretti Yachts, Mochi Craft, Pershing or Itama.

Because the Aquarama was discontinued in 1996, Riva is building today a different model, but with the same DNA. It's called the Aquariva, and it boasts all the modern materials and cutting-edge technology. The Aquariva has a few versions from which you can choose from, but all have the same power units: twin Yanmar 370 HP diesels linked to two-speed electronic gearboxes. Top speed is 42 knots, and the recommended cruising speed is 36 knots. Overall length is 10 meters.