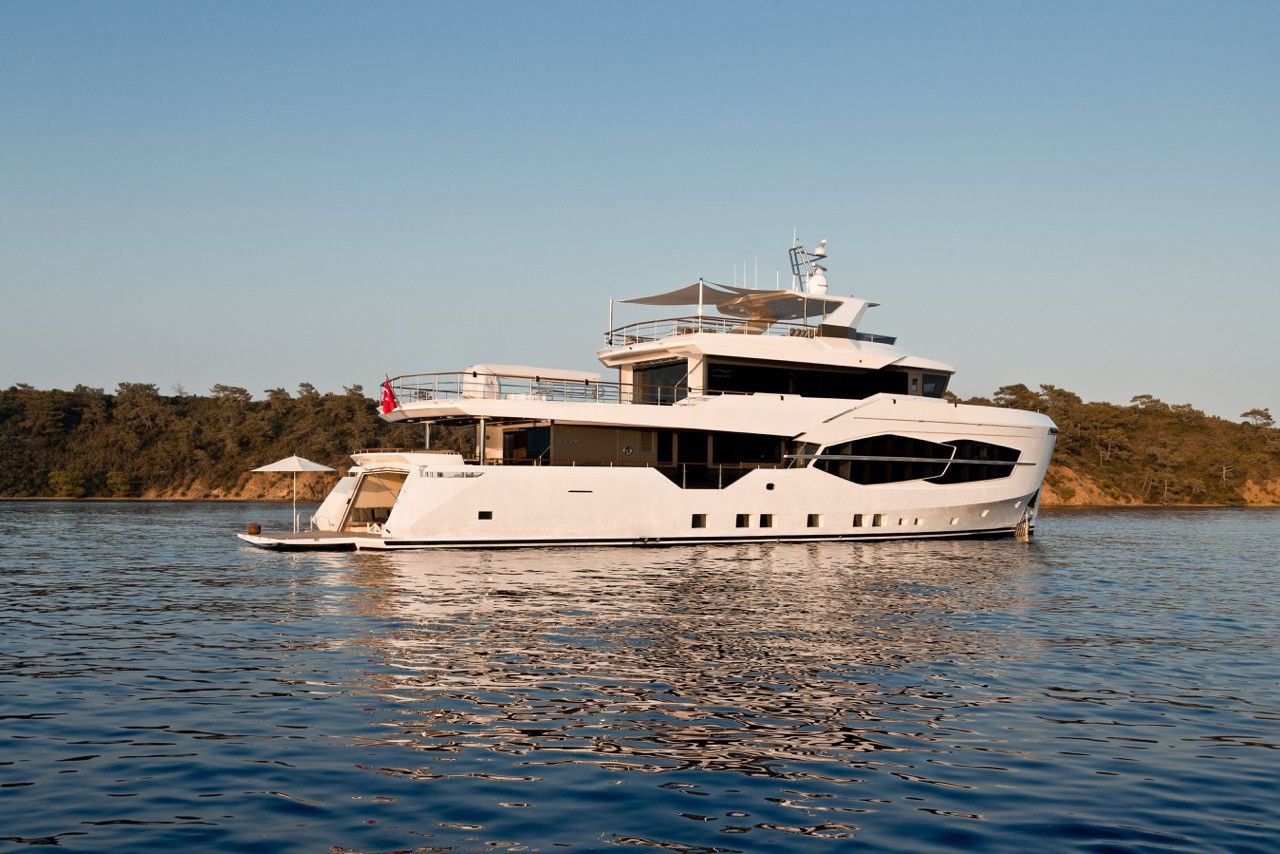 Numarine, the shipyard headquartered in Istanbul has announced that hull no.2 of the new 32XP Series has been sold this August 2017 to an experienced American owner.

The all-new 32.5m Numarine 32XP offers large volumes of internal living spaces onboard, with her steel hull construction and GRP superstructure. Interior and exterior style is penned by Can Yalman, the design partner of Numarine responsible for all of the shipyard’s distinctive model lines.

Below deck, the layout offers two VIP Cabins mid-ship and two double cabins, all with ensuite bathrooms, and over 85 square meters of living space.

Below deck forward, the five person crew quarters provide living spaces for the captain with his private cabin, and four crew members in two doubles cabins. A crew kitchen with dinette area and a laundry room complete the crew area.

Numarine 32XP has an efficient displacement hull that will give her a top speed of 14 knots, a cruise speed of 12 knots, and a 3,000 Nm range at an economical speed of 9 knots.