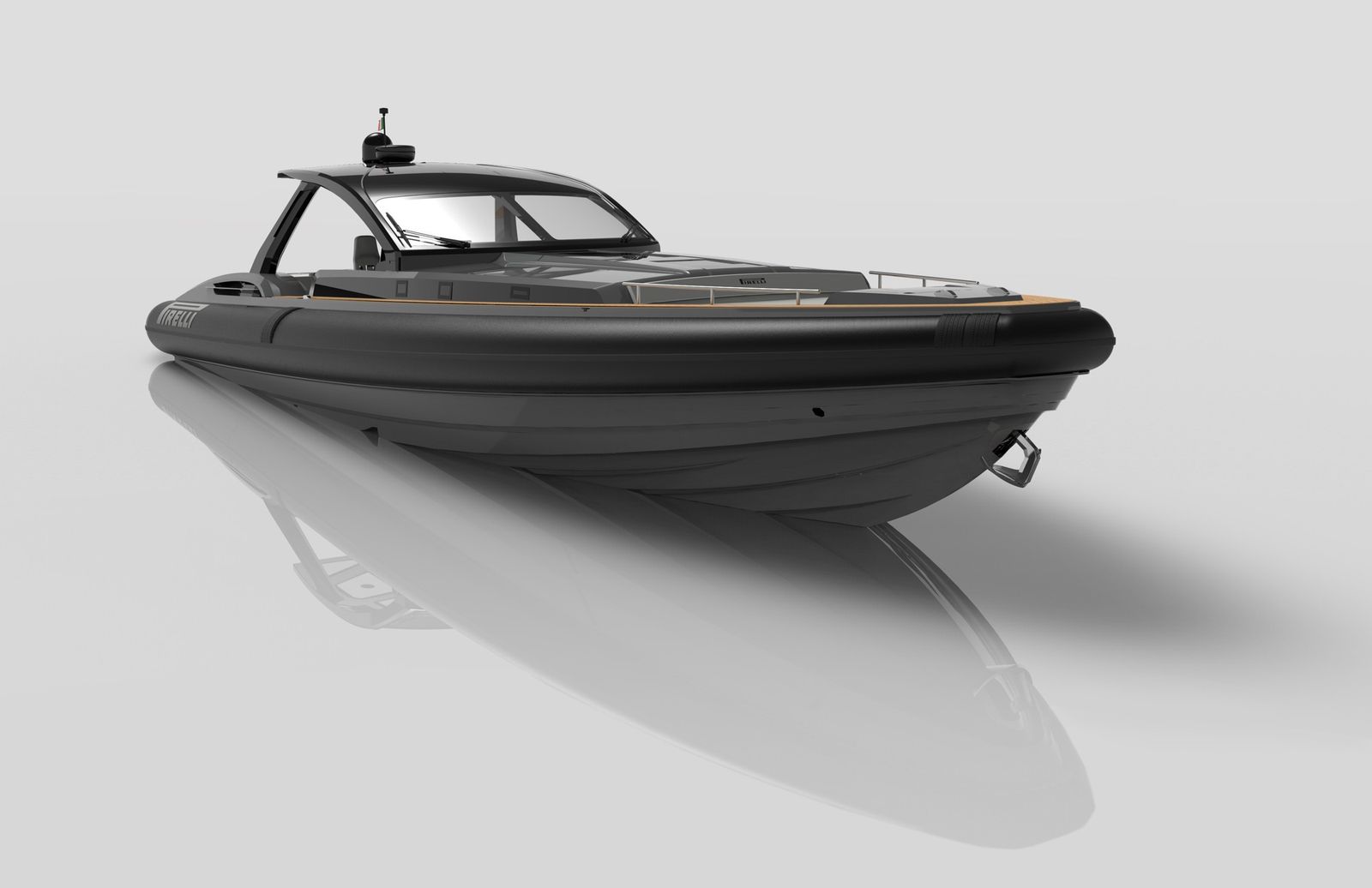 The newest and biggest example is the 1900 model, scheduled to be officially revealed at the Cannes Yachting Festival in September.

The Tecnorib Pirelli 1900 will be the flagship of the range: 18,5m in length and a beam of 5,3m. Power is provided by a pair of MAN engines, each delivering 800 hp. Combined with the resin-infused hull, the RIB will be reaching speeds of 45 knots. Cruising speed will be a fast 30 knots. The tanks have a capacity of 2,000 liters.

Below deck there are two cabins, two bathrooms and a sizeable living area.

The Tecnorib Pirelli 1900 will be making its debut at the Cannes Yachting Festival.