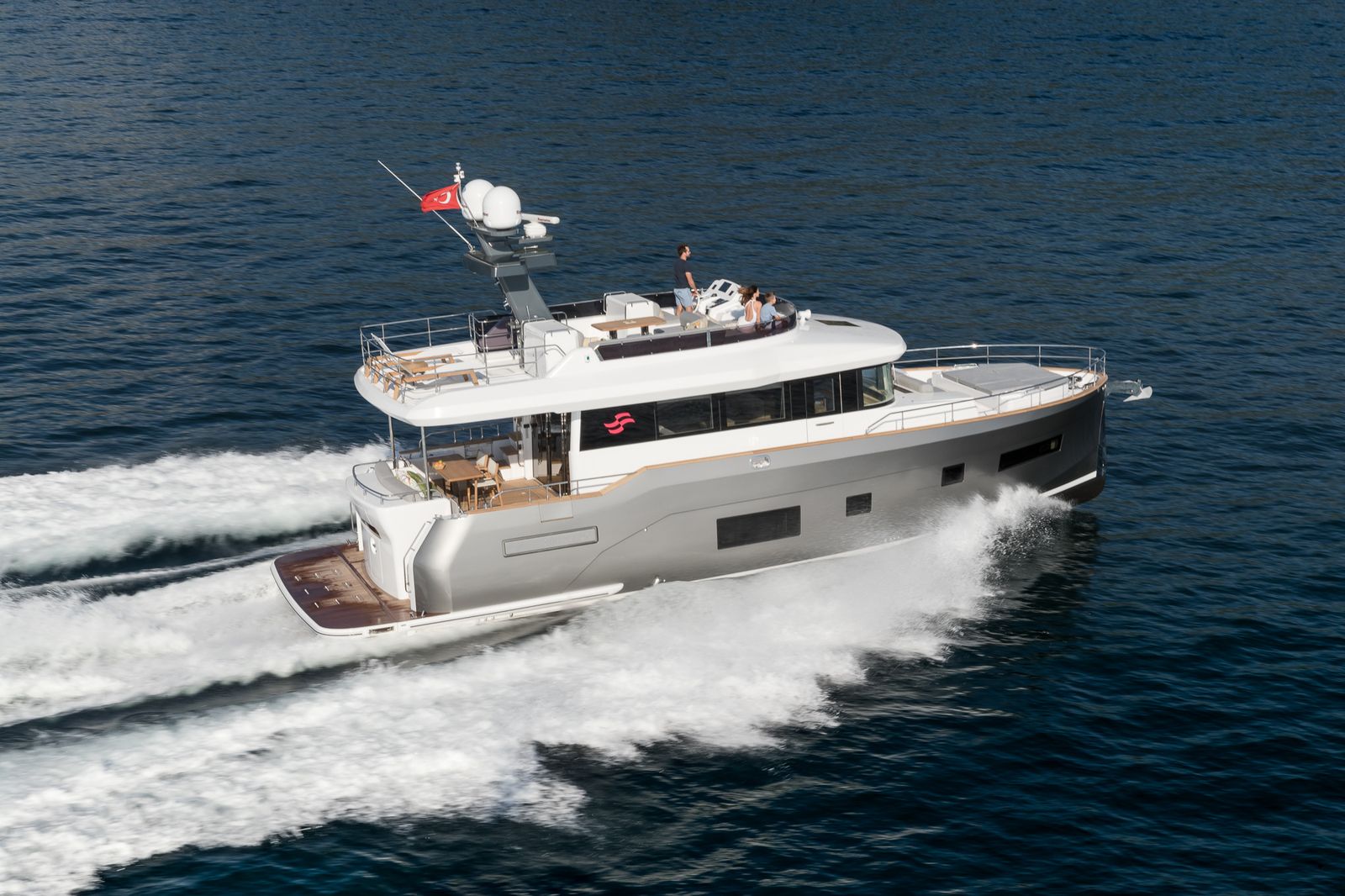 She features a secret stairway

The latest model from the Turkish yard Sirena Yachts is an 18,5m vessel named Sirena 58.

Careful space planning means the interior volumes are generous and the joinery, built out of high-quality woods and fabrics, offers several options according to individual taste. In particular, the vertical bow provided Sirena 58 with much more living space, both inside the full-beam master stateroom and outside on the foredeck.

The Italian designer used also picture windows in the salon and lower-deck staterooms maximize the sense of spaciousness.

The yacht features direct access to the foredeck from the owner's cabin. A private staircase leading directly from the master stateroom through an opening in the deck to the foredeck lounging area, much like an owner’s private terrace on a much larger yacht.

From the outside, the ‘hidden’ panel where the stairs emerges looks just like a stowage locker so the design stays balanced and its position also leaves the side companionways free for anyone else who wants to use the foredeck lounging area.

The Sirena 58 is also available in a three-cabin layout (one with two aft cabins side by side, the other with a twin cabin between the master stateroom and aft cabin), but the two-cabin configuration offers owners an additional advantage: the biggest bathroom of the three arrangements.