Exterior and interior design are by Enrico Gobbi's Team for Design. The yacht was built from an aluminium hull and superstructure.

A first glimpse of the new superyacht was presented in a teaser video published by the Rossinavi yard that you can see below: 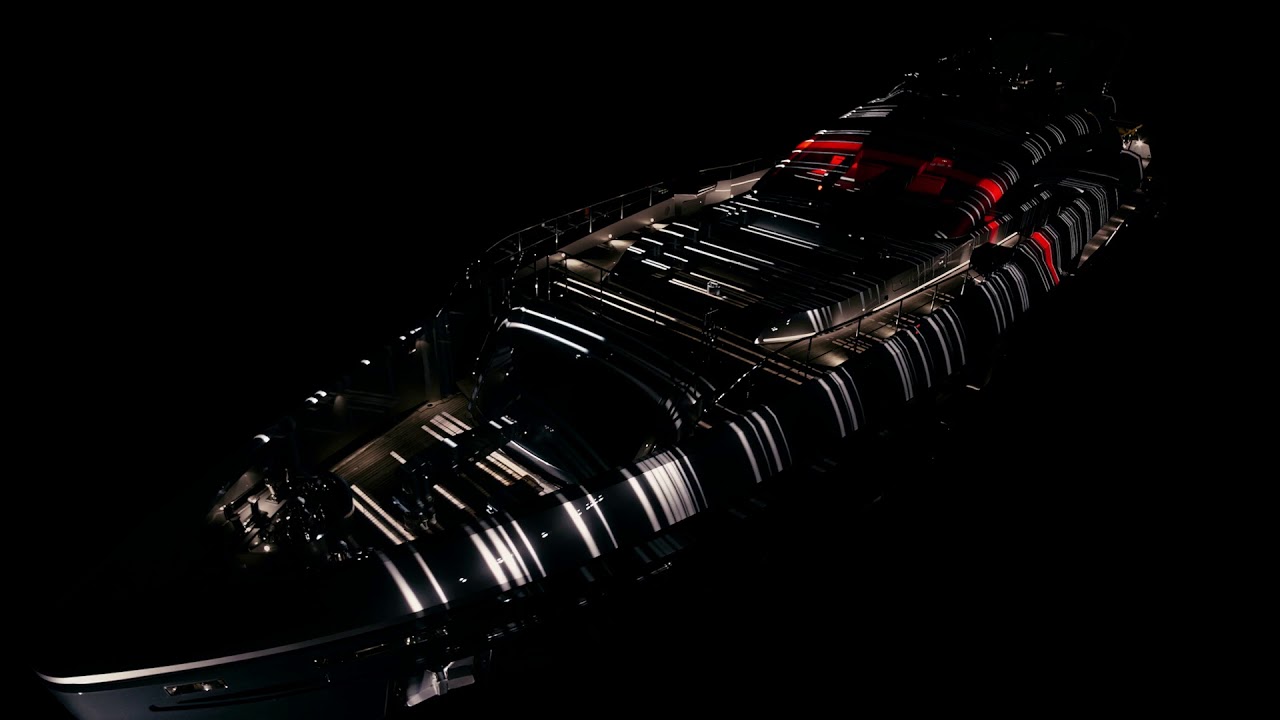 Powered by three MTU diesel engines each delivering 2,600 hp and three KaMeWa waterjets, the superyacht will be able to cruise at 23 knots and reach a maximum speed of 27 knots. Cruising at the economical speed of 13 knots, she will have a maximum range of 3,300 nautical miles.