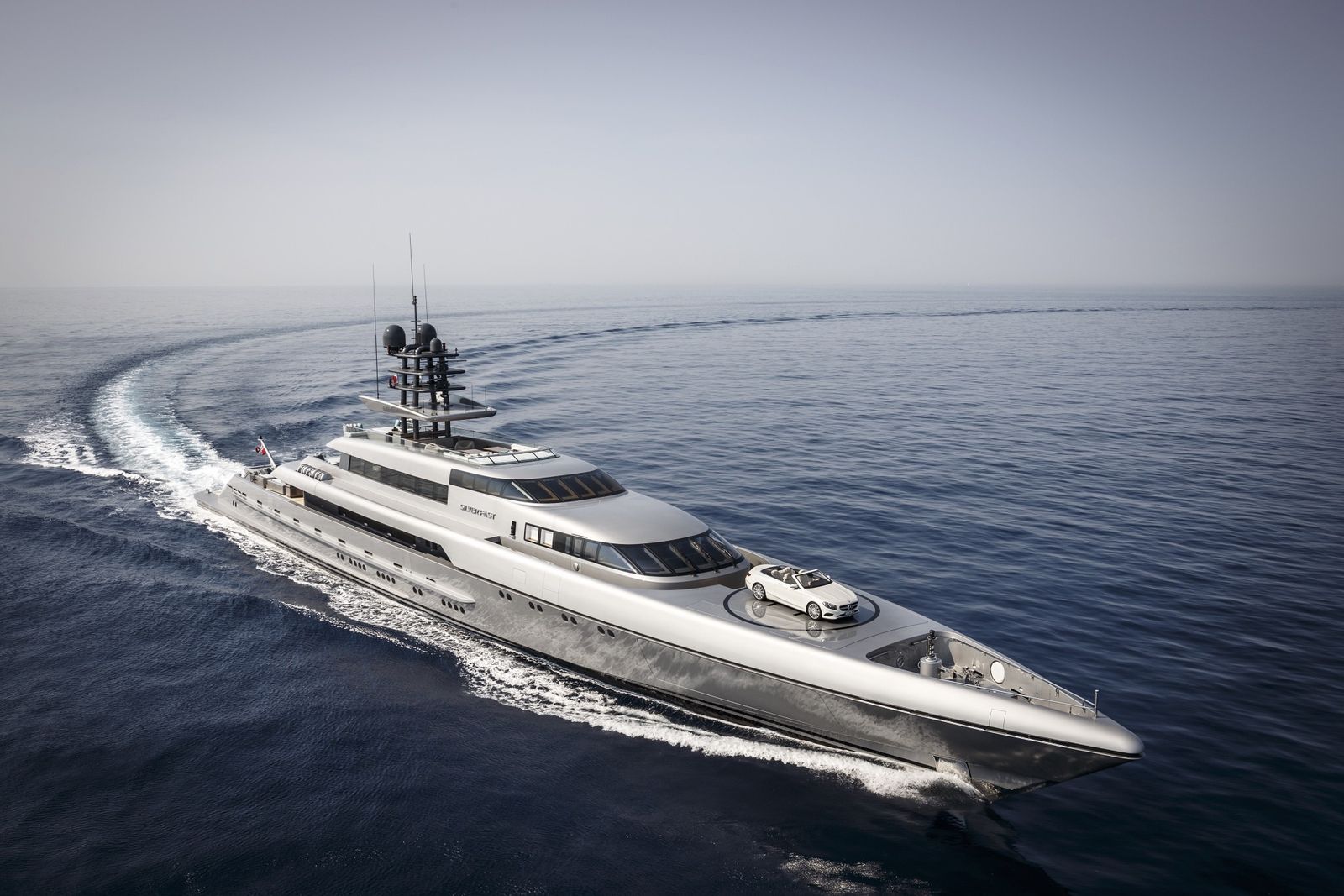 Silver Fast, a 252 feet superyacht built by Silveryacths, recently completed its maiden voyage, traveling 3,200 nautical miles from Perth, Australia to Sri Lanka. The vessel built by the Australian shipyard Silveryachts achieved an average cruising speed of 17 knots. On ideal conditions, the yacht can reach 27 knots under power of its twin MTU 16V 4000 M90 engines. According to its builder, Silver Fast is the fastest aluminum yacht of its size using conventional propulsion. This is a vessel built for long hauls, and Silver Fast has proved this crossing from Australia to Europe in 21 days. The shipyard says that the yacht has a range of 6,000 nautical miles when cruising at 14 knots.

Silver Fast has a considerable size with its 252 feet (77 meters), but it has an even delicate profile. This vessel has turned a lot of heads at Monaco Yacht Show in 2015. The design is signed by Monaco-based naval architect and designer Espen Oeino. He gave the vessel an almost stealth look, but with great sense of elegance and style.

The interior came from the drawing board of the German design firm Vain Interiors. It boasts an elegant and luxurious theme. The owner’s suite includes a private lounge and large deck. There are no less than three VIP staterooms on the main deck, and four cabins on the lower deck. The yacht is designed to host 18 guests, and has additional sleeping quarters for 18 crew members.

It also features some interesting exterior highlights like an outdoor cinema and an eight-person SPA. The beach club from the stern has plenty of room for deck chairs and launching water toys. The interior of the beach club has a full SPA area with steam room and gym plus a beauty center.

The yacht has also two 24-feet custom tenders, stored in a forward section of the hull with lifting gullwings. The bow features a helipad that is suitable for a range of helicopters that extend from the Augusta 109 or EuroCopter 135. Silver Fast is brokered by Burgess, and the asking price is $85 million. A small price for such a beauty!