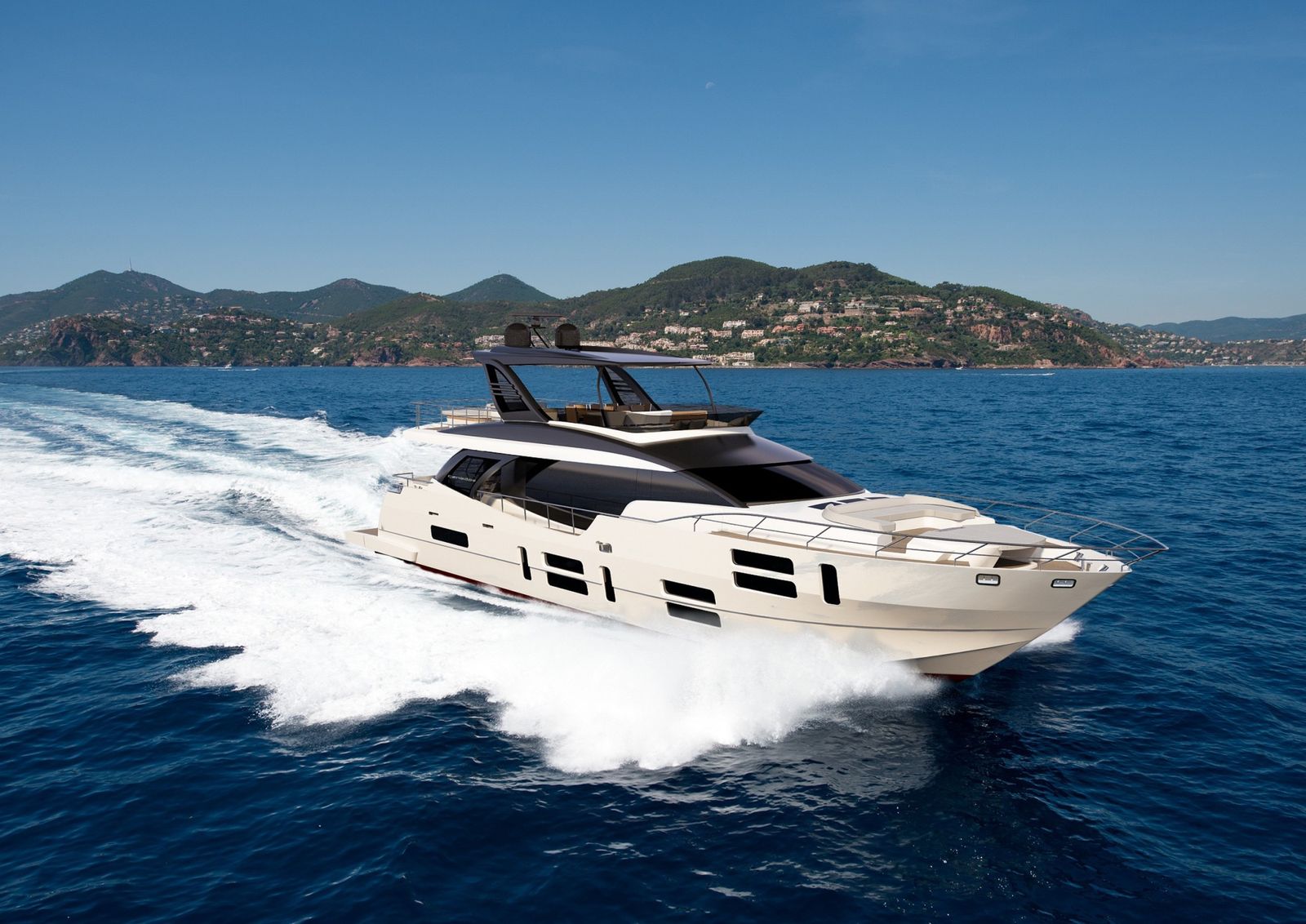 Italian yard Canados has introduced this yacht during the 2016 Cannes Yachting Festival as Project 777.

Today she is known as Canados 808 Maximus. The boat is under construction and will be officially launched in September 2017.

The first unit has already been sold to an owner based in Palma de Mallorca.

The delivery of the first 808 is scheduled for early July 2017. The stepped hull is currently under construction and will be out of the mold at the beginning of February while the deck and superstructure molds are currently being produced.

The first 808 Maximum will be powered by two MAN V12 diesel engines that deliver 1,900 hp each. Engines are coupled with V-Drives that will allow for a maximum speed of 30 knots and a fast cruising speed of 25 knots.

Exterior styling of the Canados 808 Maximus is the work of Marco Casali, a Rome-based designer.

The yacht can be customised for four or five cabins allowing for eight or ten guests to be accommodated on board.