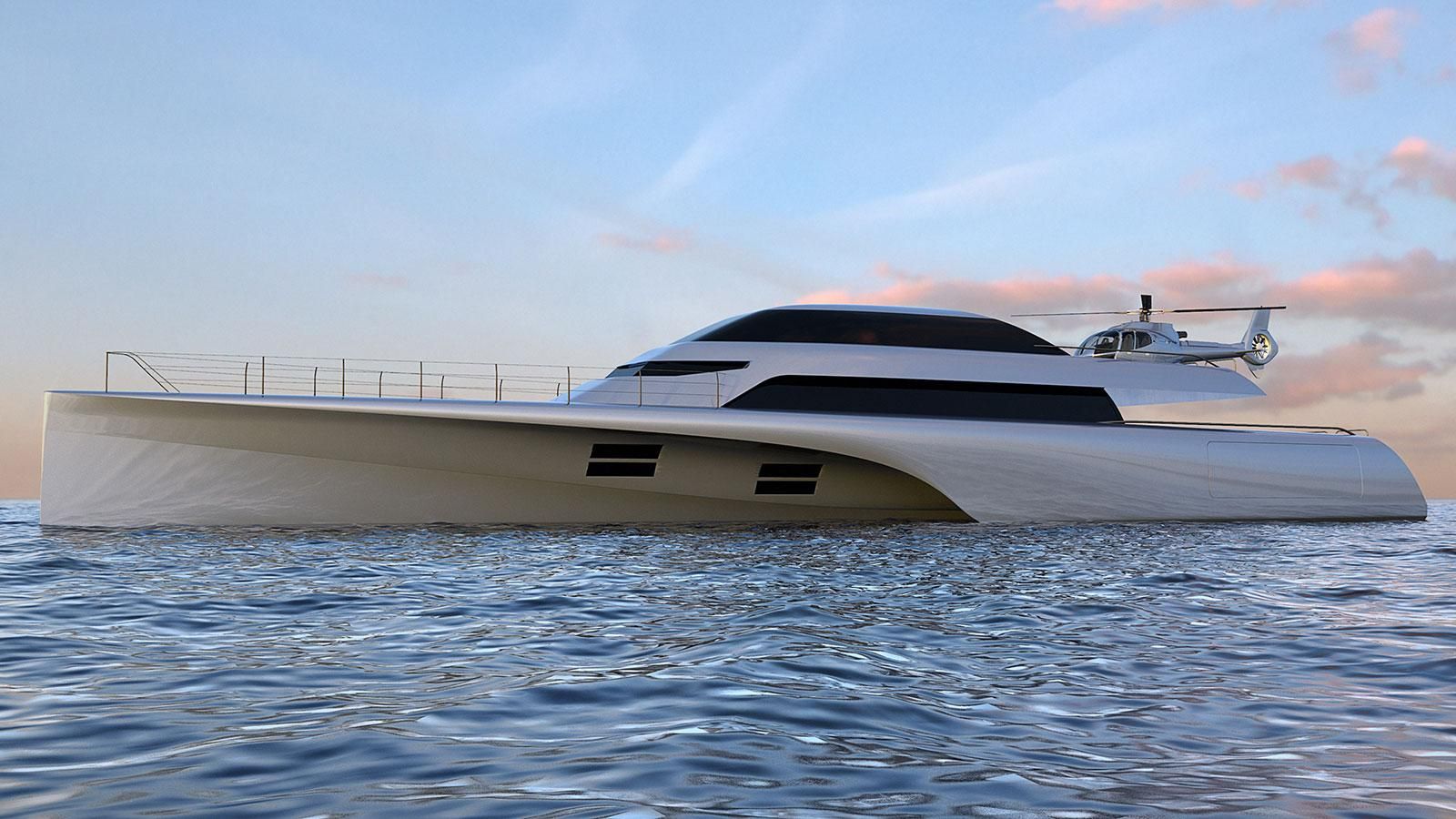 Straight from the future

Named MC155, the concept is a 47m trimaran. It's already being tank tested in Germany.

The naval architecture and exterior styling were developed by German Frers, while Design Unlimited has styled the interior. The trimaran can accommodate eight guests in four double cabins, with crew quarters for six people.

The tests show that the trimaran can reach a top speed of 24 knots with a maximum range of 2,500 nautical miles while cruising at 14 knots.

It will feature a side-loading tender garage, an infinity pool and two staircases leading down to the swim platform.

On the main deck, the saloon provides a dining area for 12 guests around a circular table.

If this trimaran will be built, she will become the largest project from an Australian yard, surpassing the 42m Adastra launched in 2012.