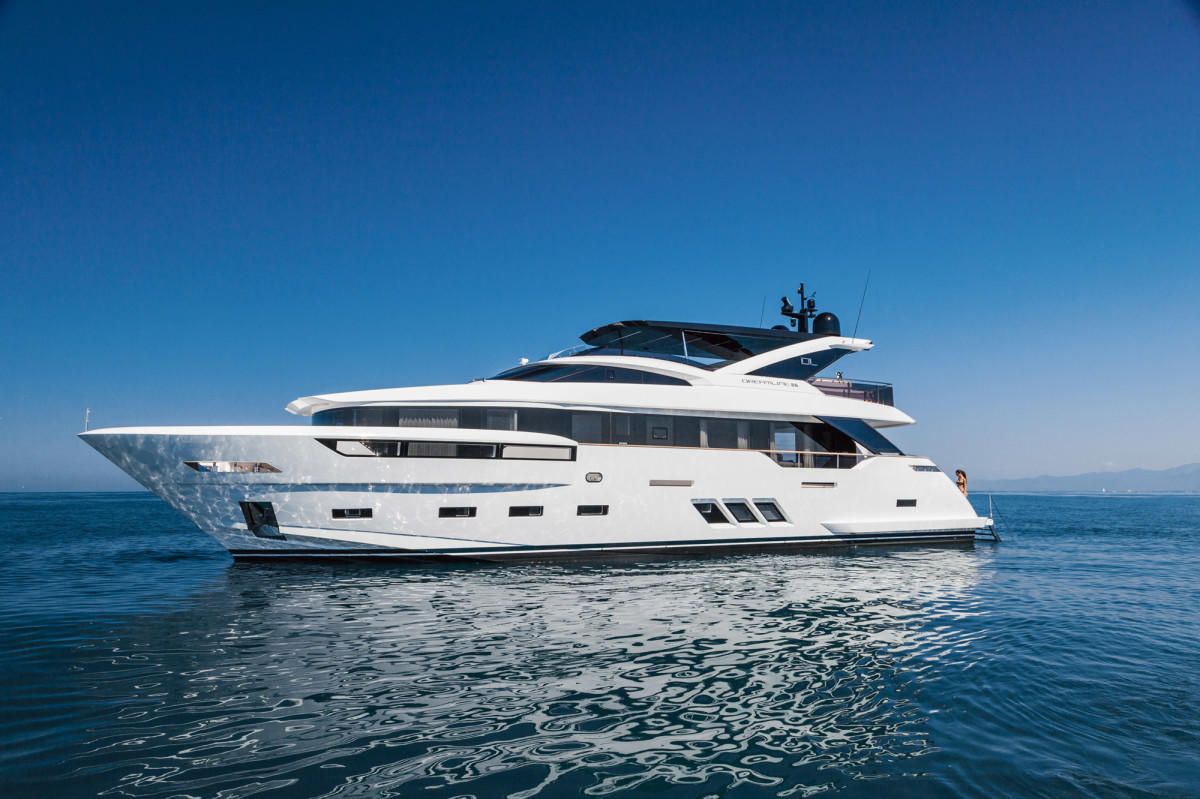 Launched at the Fano shipyard, the yacht has been named Akira. It’s the fourth example of the Dreamline 26 series. Akira is a 26 m long semi-displacement yacht made from GRP. The style of the interiors is made out by Team 4 Design, exterior naval architecture is courtesy of Arrabito.

The interior layout includes a master suite, VIP guest suite and two cabins. There is also accommodation for three members of the crew.

The Dreamline 26 series has proven to be a success for DL Yachts. A fifth hull is in development as well as a recently ordered 30 m yacht and another 34 m flag-ship vessel.