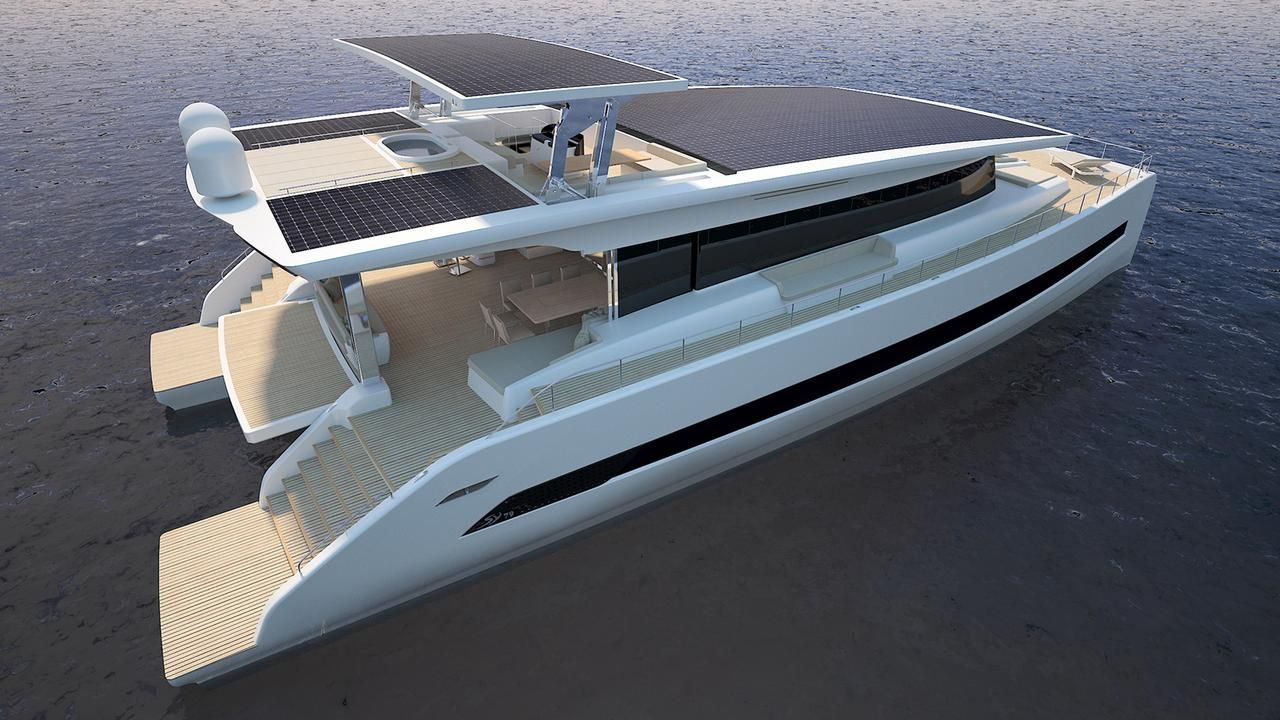 Silent Yachts has begun the construction on the first hull in the Silent 79 Cruiser series.

The new vessel is a 24m catamaran powered only by solar energy. The solar energy is captured by the extensive flybridge panelling. The solar catamaran is scheduled for delivery in March 2020. The Silent 79 Cruiser was designed by Michael Köhler and features naval architecture by Enrique Castilla of Insenaval.

Power is provided by two electric motors of 80 kW and a battery pack with a capacity of 200 kWh.

Using only solar power, the yacht will have an unlimited cruising range and noise free navigation. The solar panels come with a 25-year warranty. The battery pack has a 10-year warranty. The new vessel can accommodate ten guests in five double cabins.