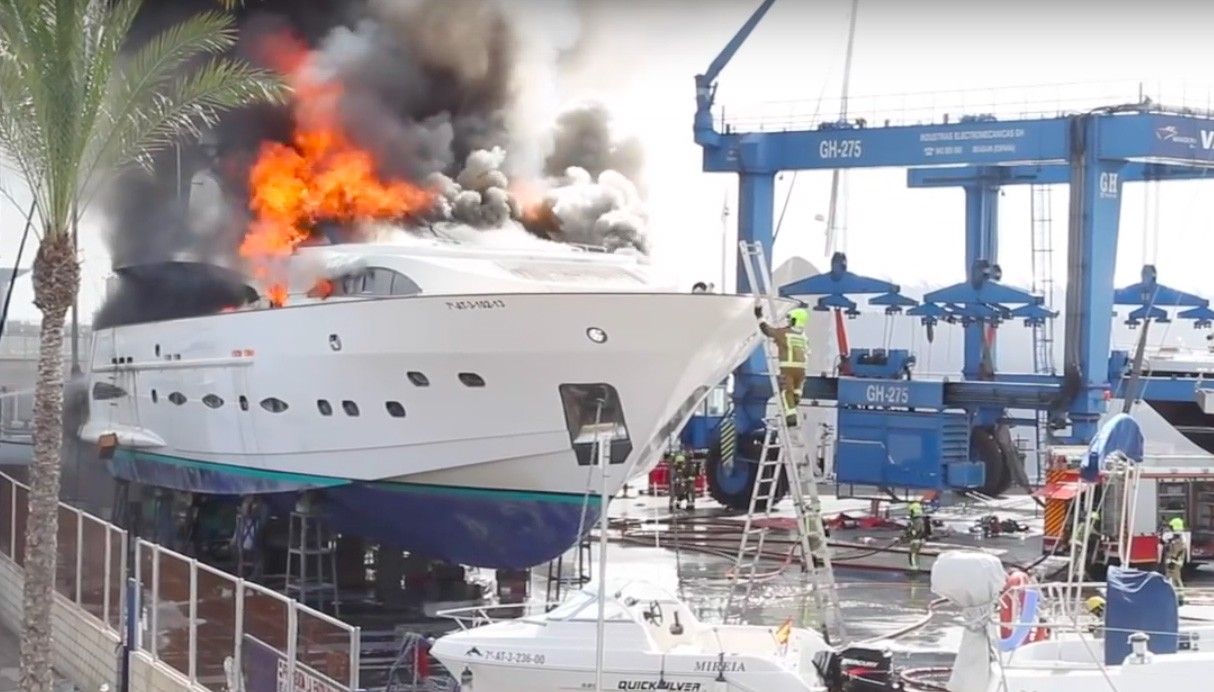 M/Y Ordisi, a 31m superyacht built by Astondoa in 2002 has caught fire in a dry dock at Alicante yard.

Shipyard workers and firefighters attempted to control the fire. The blaze was put eventually out, but the yacht is heavily damaged.

The local press report that the fire started at 10.30 AM local time. The cause is believed to be an engine room welding accident.

Ten workers are being treated for smoke inhalation.

The vessel was part of the Spanish yard's 102 GLX series. She was built from a GRP hull and superstructure.