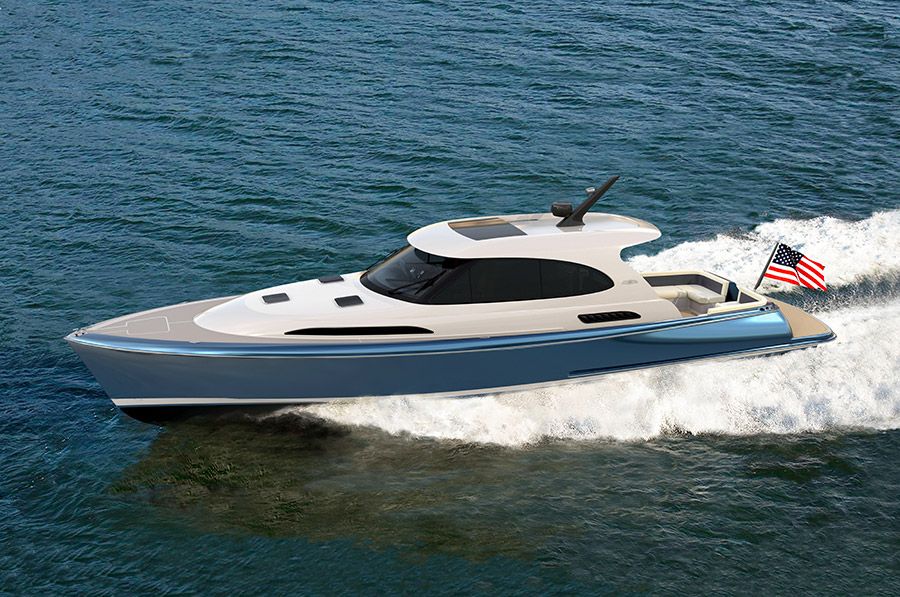 The design philosophy was to create a visually elegant cruiser capable of 40-plus knots, with an economic cruise speed in the mid-30-knot range, and all in a yacht that was simple to operate and easy to own.

The first Palm Beach GT50 Express is scheduled to make its debut in September at the Newport International Boat Show. A GT50 Open will quickly follow and is set for display at the 2019 Düsseldorf Boat Show in January 2019.

“When I started Palm Beach almost 25 years ago, I had one over-arching set of objectives: to design and build the best-performing, most efficient and most beautiful yachts on the water,” said Mark Richards, Palm Beach Motor Yachts founder and CEO. “The GT50 represents a culmination of the best of Palm Beach, and there’s really nothing out there like it today.”

Palm Beach gave significant attention to the GT50’s outdoor spaces in order to accommodate large groups of guests while underway. Two L-shaped settees in the cockpit flank a transom door to the large teak swim platform. The helm deck is suited for al fresco dining or lounging while underway, with an L-shaped settee and a straight settee.

For the Express model, a large opening sunroof and Palm Beach’s customary side and aft opening windows provide an open-air atmosphere.