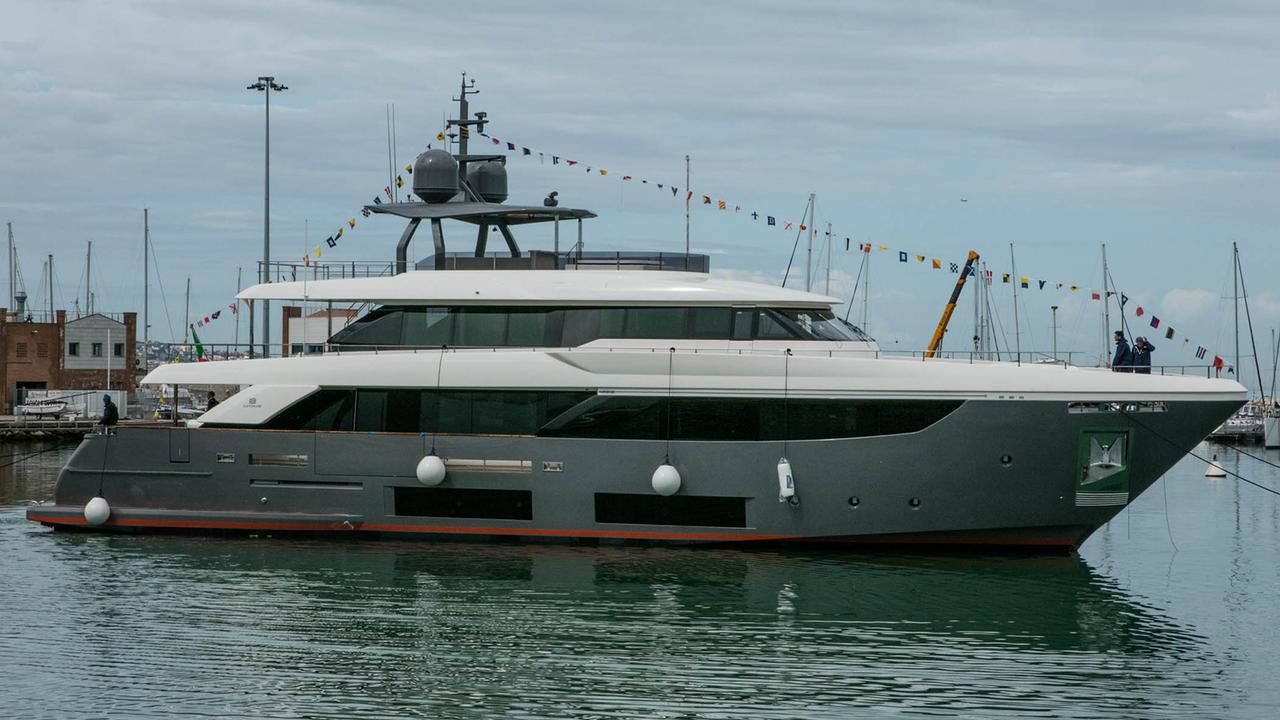 Custom Line is part of the Ferretti Group

She was named M/Y Mirabilis and was launched at the beginning of April for a repeat client. Mirabilis joins the other two Navetta 33 vessels named December Six and Telli.

The yacht has three decks and sports an elegant, yet aggresive design. Five double cabins are available for a maximum of ten guests.

Power is provided by two Caterpillar C32 diesel engines, each delivering a total of 1,622 hp for a top speed of 16 knots. When cruising at 13 knots, the yacht has a maximum range of 1,120 nautical miles.