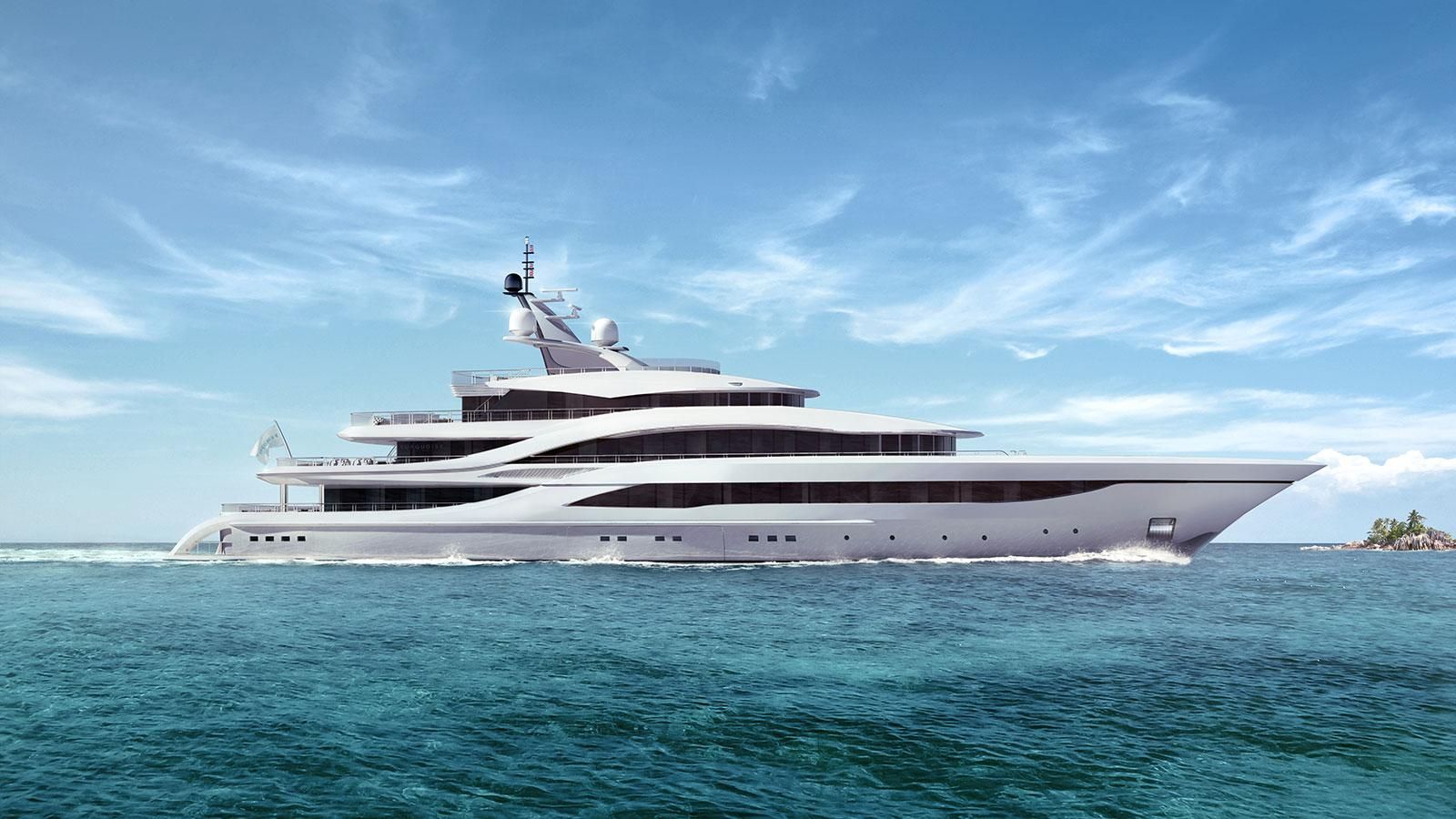 The Turkish yacht builder has published renderings of its 77m Project NB 63. The yacht is currently being built on spec for delivery in the fourth quarter of 2017.

The Turkish yacht builder has published renderings of its 77m Project NB 63. The yacht is currently being built on spec for delivery in the fourth quarter of 2017.

Hull NB 63 is the latest project from Turquoise and H2 Yacht Design. It’s an evolution from the award-winning yacht Vicky, built by the same yard in 2012. The design lines are similar, with sweeping curves further refined to include a stretched arch around the aft of the yacht.

The yacht features an ample sundeck with a large sunbathing area and a five meter swimming pool with a waterfall.

Midship on the lower deck is the tender garage which can accommodate a 10 meter tender and there is also space for ski jets and wave runners plus dive gear.

Project NB 63 can accommodate up to 18 guests in nine cabins. The owner’s suite has 100 square meters and offers panoramic view over the bow. On board there is also a sky lounge, a large gym and SPA treatment area. There is also an elevator that reaches from the tender garage all the way up to the sundeck.

Project NB 63 has a displacement hull, built in steel. The superstructure is aluminum. Top speed is 17 knots; power being sourced from two Caterpillar 3516C main engines. Project NB 63 is the third yacht built on Turquoise’ 70-80 platform, the other two being Vicky and Talisman C.