Smoke on the water: Yachts on fire disasters

A multimillion yacht on fire is the worst nightmare for the owner. But sometimes, disaster strikes. Here are some yacht fire disasters caught on video.

A 30m Princess 95 yacht named Queen Anna burst into flames while was docked into Ege Saray marina in Fethiye, Turkey in 2016.

The yacht was built in 2009 and belonged to a Russian businessman. The blaze spread to a nearby yacht, but a few brave men towed the burning vessel with the help of a small tender in order to clear the risk for other yachts. The yacht was towed to shallow water and sank during the night. 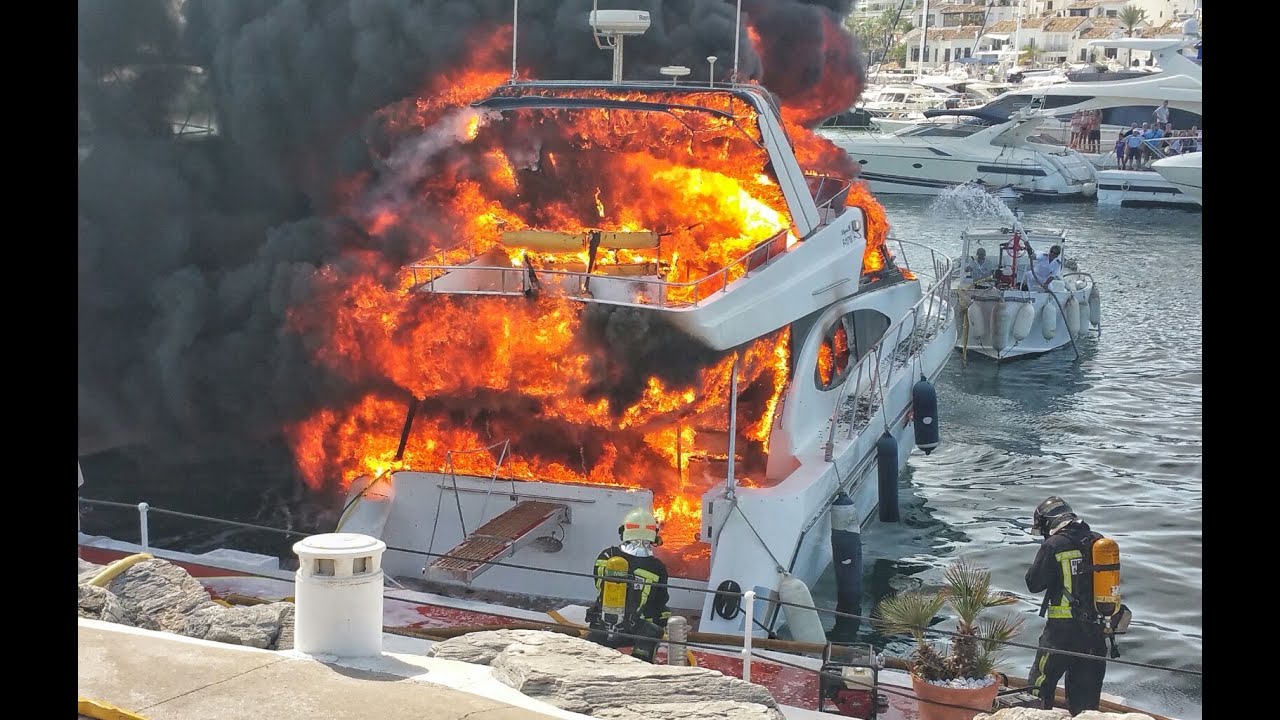 A 15m yacht named Tiburon X was engulfed in flames while docked in the Puerto Banus marina near Malaga, Spain. The fire was started by an electrical problem. Other five boats needed to be removed from the marina to escape the blazing fire.

3. A small outboard boat in Croatia 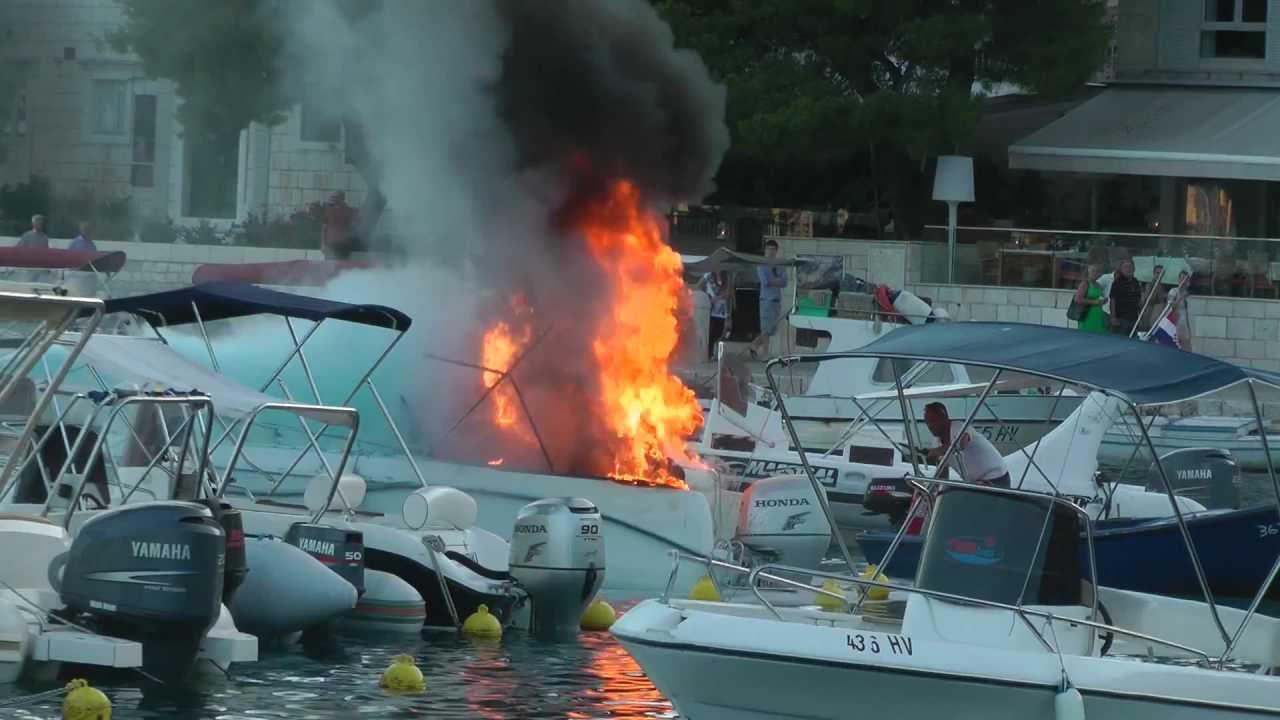 A spectacular fire was caught on camera on the Croatian port of Hvar. A small boat burst into flames and some brave men towed the blazing vessel outside the harbour.

Back in 2011, M/Y Final Act burst into flames while at sea off Hilton Head Island, North Carolina. The footage below was captured by the skipper of M/Y Immunolin, a Marlow 61, that came to the rescue. 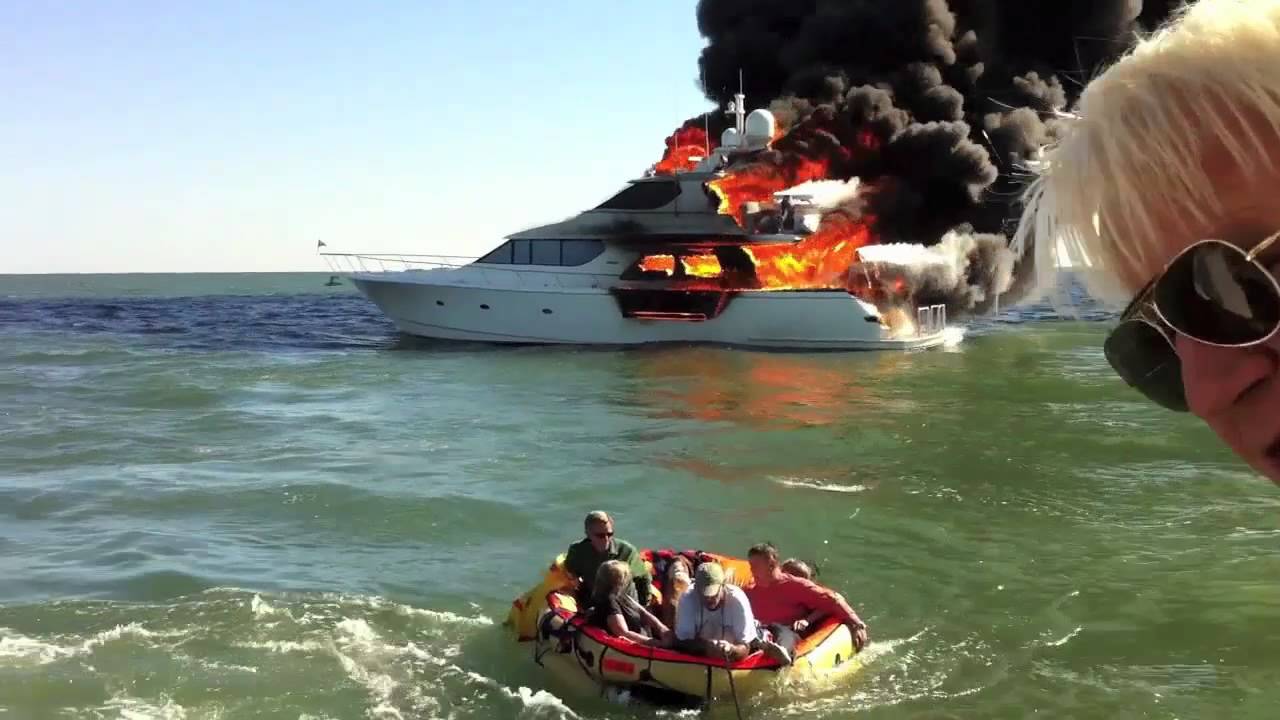 "We just happened to be close by to assist. The fire started in the engine room, no-one knows why, but it only took about 2-3 minutes before the entire boat was ablaze."

They rescued five people and two dogs from the burning boat's liferaft.

5. Yacht burning in the Dubai Marina

The footage below was captured in 2010 when a yacht went ablaze while docked in the Dubai Marina. Following the usual procedure, the other seamen towed the yacht to a safe spot. 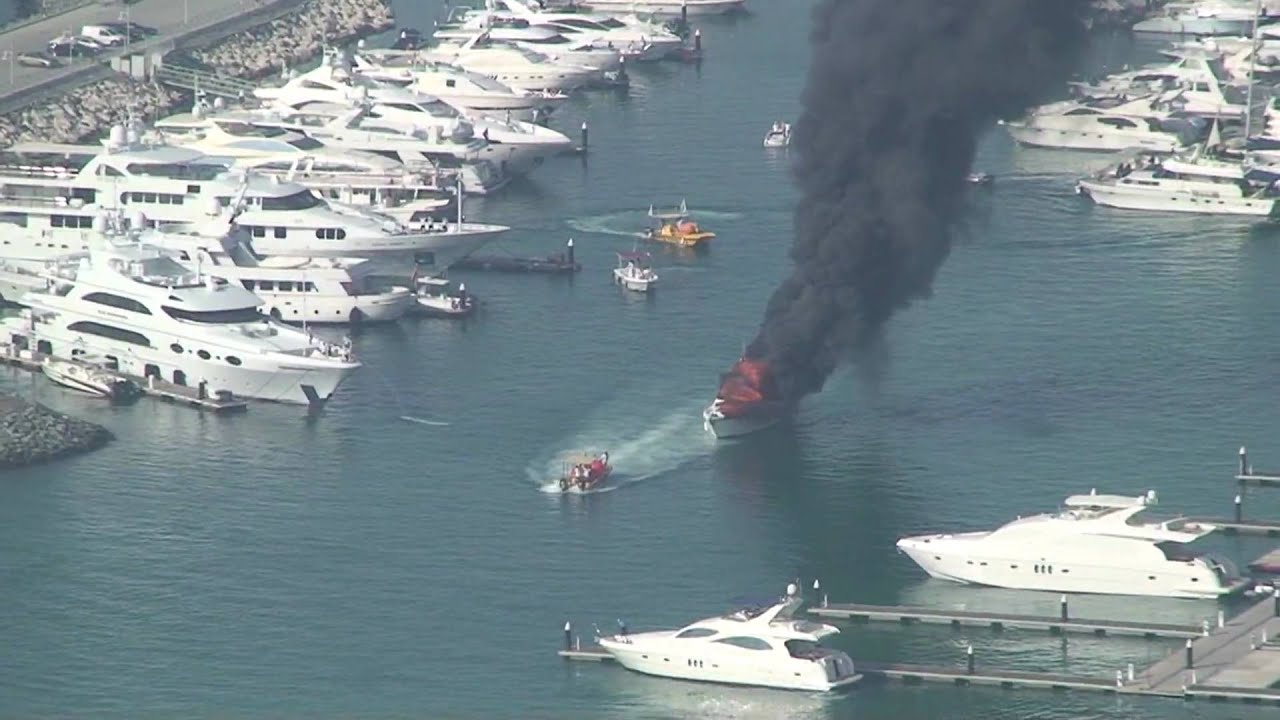